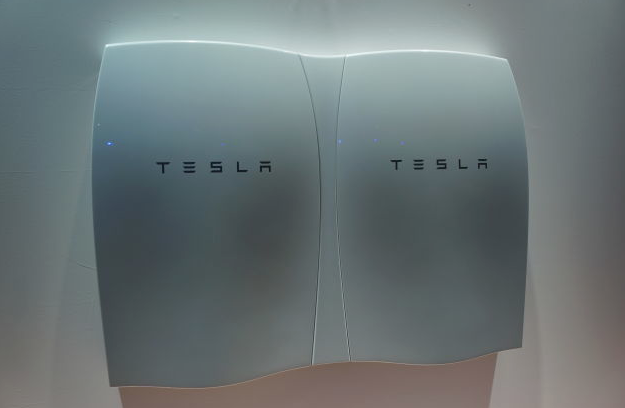 High-flying clean-energy industrialist Elon Musk has doubled down on his production plans in California. Tesla, his auto company, “took a major step toward its ambitious goal of one day building 1 million cars a year by seeking to double the size of its Fremont, Calif., assembly plant,” the Los Angeles Times reported[1]. “Under a long-term zoning proposal submitted to Fremont’s Planning Commission, the electric car maker wants to eventually add 4.6 million square feet of space to its factory’s existing 4.5 million square feet.”

Musk “told analysts this spring that the Palo Alto-based automaker hopes to ramp up annual production to 500,000 vehicles in 2018 and build 1 million vehicles by the end of 2020,” the paper added. “The 2018 goal alone is nearly a tenfold increase from the 50,580 vehicles that Tesla produced last year in Fremont. The automaker has forecast this year’s deliveries at 80,000 to 90,000. Quality problems and production delays plagued the plant early this year and threatened sales plans. But the company said last week that those problems are behind it and that it expects to come close to its forecast for 2016.”

Musk has not hesitated to link up with government resources and opportunities in order to advance his business interests. This month, he aligned SpaceX closely to take advantage of President Obama’s call to use private industry to help bring Americans to Mars. “Within the next two years, private companies will for the first time send astronauts to the International Space Station,” Obama announced. “One of those private companies tasked with ferrying astronauts to the ISS and who will essentially return human spaceflight to American soil in late 2018 is SpaceX,” the Observer noted[2].

And last month, Musk inked a deal to change the way California backstops its energy needs. “Tesla Motors Inc. will supply 20 megawatts (80 megawatt-hours) of energy storage to Southern California Edison as part of a wider effort to prevent blackouts by replacing fossil-fuel electricity generation with lithium-ion batteries,” Bloomberg reported[3]. “Tesla’s contribution is enough to power about 2,500 homes for a full day, the company said in a blog post on Thursday. But the real significance of the deal is the speed with which lithium-ion battery packs are being deployed,” the site added — “months not years.”

As Musk has accelerated his increasingly ambitious plans, however, he has attracted a greater share of criticism toward the mechanics of his business operations. “The pressure is now on Tesla for a smooth launch of the relatively affordable Model 3. A quality product pumped out at low cost and high volume is essential to meeting the ambitious goals of the company and its investors, auto analysts say, whereas long delays could threaten the company’s reputation — and survival,” according to the Times.

Meanwhile, wariness has centered separately around SolarCity, a startup run by family members. “The Tesla-SolarCity deal looks so bad on paper that many investors worry it’s simply a bailout of SolarCity, which Musk co-founded and continues to chair,” the MIT Technology Review noted. “While SolarCity dominates the market for leasing, installing, and maintaining solar panels for residences and businesses, it’s racked up more than $2 billion in losses over the past five years. “

“Its business model requires it to raise huge amounts of capital to cover the up-front costs of providing panels for no money down to consumers on multiyear contracts. Since its inception, the company has accumulated more than $3 billion in debt against just $1.5 billion in revenue. Now it is having a harder time convincing people to lend it money.”

What’s more, Musk has had to contend with a rebellion among his own shareholders. “As of earlier this week, seven Tesla stockholders have filed lawsuits against Elon Musk over the proposed acquisition of SolarCity and alleged Musk was in breach of his fiduciary duties for not disclosing the proposed merger properly. Some of these stockholders are asking the judge for an injunction to prevent the merger from going through,” Recode reported[4]. But the two companies have announced the merger is going ahead anyway. “The companies have set the date for their respective shareholders to vote on the $2.6 billion all-stock transaction for Nov. 17.”