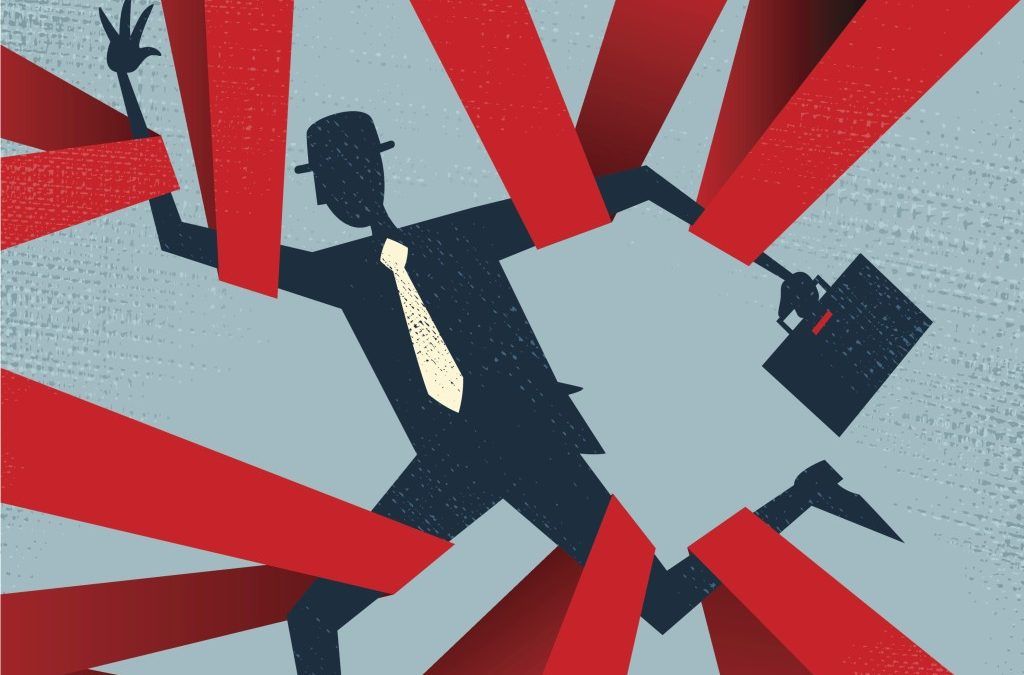 SACRAMENTO – One of the rare issues where politicians on the left and right increasingly agree involves occupational-licensing[1] requirements – the oftentimes cumbersome government-approval processes that many workers must go through to become certified to work legally in their profession. Both sides have come to recognize that excessive rules limit employment opportunities for the poor, quash economic development and force people into the underground economy.

Advocates for reform don’t argue against training and regulations per se, but they recognize that it’s unnecessary to, say, force African-style hair braiders to spend thousands of dollars and go through hundreds of hours of traditional barbershop training when the hair treatment they provide has nothing to do with the certification they receive. There’s broad understanding that people within existing professions often impose unnecessary barriers to entry as a way to reduce competition and artificially inflate wages. Defenders of the system say the rules are needed, however, to protect health and safety.

California’s independent state oversight agency, the Little Hoover Commission, this month released a report[2] on licensing barriers that could serve as a blueprint for the state Legislature when it returns to session in January. In his letter to the governor and Legislature, the commission’s chairman, Pedro Nava, made it clear what licensing is all about:

“One out of every five Californians[3] must receive permission from the government to work. For millions of Californians, that means contending with the hurdles of becoming licensed. Sixty years ago the number needing licenses nationally was one in 20. … What was once a tool for consumer protection, particularly in the healing arts professions, is now a vehicle to promote a multitude of other goals.”

Some of those goals are reasonable and well-intentioned: professionalizing industries, guaranteeing a level of quality and so forth. But they also “have had a larger impact of preventing Californians from working, particularly harder-to-employ groups such as former offenders and those trained or educated outside of California, including veterans, military spouses and foreign-trained workers,” Nava explained. Furthermore, the standards are not always equal. He pointed to manicurists, who need 400 hours of education, whereas tattoo artists are required to register and conform to some minimal requirements, take a single class and pay $25.

According to the report[4], California actually has a lower percentage of licensed people than other states. That 20 percent figure places it in 30th place. One-third of Iowans have a license and nearly 31 percent of workers in Nevada have one, also. But California’s rules are more onerous than other states “in the amount of licensing it requires for occupations traditionally entered into by people of modest means,” according to the report. For these types of professions (pest control, manicurist, etc.), the required rate of licensure is a whopping 61 percent.

The commission held hearings[5] this year to review the state’s occupational-licensing system. The commission found the licensing requirements to be “obvious to many” when it comes to health-care professions such as nursing. But it also heard testimony from those in “seemingly less-intuitive industries to speak about health and safety considerations.” It quoted a representative from the cosmetology industry, who defended the licensing requirements because “many of the procedures cosmetologists do can result in irreparable damage.” These include skin peels and the use of strong hair chemicals. But critics “say that there is a spectrum of activities to manage health and safety risks and that licensing should be considered the nuclear option.”

One alternative would be private certification. In those situations, a private authority (think of automotive mechanic organizations) sets standards. People are free to follow them or not – but being certified by that body confers a sense of legitimacy that consumers can consider when choosing to patronize a business. The commission quoted an attorney with the reform-oriented Institute for Justice[6], who noted: “Outside of driving, he said, eating out is one of the most harmful activities the average consumer will do on a regular basis. But the state doesn’t license food handlers.” That certainly puts the concept in perspective.

Critics argue that licensing unnecessarily raises prices. It also quashes innovation. The commission used the example of a barber who found a need for mobile barbershops, but state regulations only allow barbers to operate out of a permanent location. “Eventually he gave up on his idea even though he had data indicating demand for that service.” More is lost there than just a job. A person had to give up his entrepreneurial dream. Furthermore, the commission noted that excessive regulations inhibit mobility, given that a person trained in one state would have to go through enormous training again to operate in another state.

“Occupational licensing regulations are made in the name of protecting the public interest,” according to the commission. “The reality, witnesses told the commission, is that occupation regulation often amounts to rent-seeking. Briefly defined, rent-seeking is an attempt to influence the political, social or other environment to achieve an economic gain for oneself without contributing to productivity.”

That’s an economic way of saying that people who already work in an industry often band together and lobby to keep new competitors out of that industry. The commission refers to it as “gatekeeping.” And it’s really tough on poorer people trying to get their foot on the economic ladder.

The commission offered a variety of recommendations for the state government: collecting more demographic data on license applications; seeking federal grants to review the current licensing requirements; requiring reciprocity for license holders from other states; seeking sunset provisions on licensing regulations; creating a research institute to study new licensing laws; improving training for veterans; and creating apprenticeship rules that would allow people to work while they address their licensing requirements.

As mentioned above, the commission argues that the current situation poses particular burdens on former offenders, who “typically must demonstrate that their convictions were not substantially related to the duties of the occupation.” The commission[7] pointed to those who reported “some arbitrariness in licensing authorities’ decisions.” Military spouses face problems as they follow their partners to other states, where their licenses don’t always transfer. Veterans and foreign-trained workers often have the requisite skills, but need to go through the entire licensing process anyway. The Legislature has in the past few years passed several bills designed to help veterans and military spouses, but the problem still exists for them, too.

Reformers call for wide-ranging changes. The last real attempt at this came in 2004, when then-Gov. Arnold Schwarzenegger introduced[8] the California Performance Review. “Facing insurmountable hurdles, Governor Schwarzenegger withdrew the plan from consideration a month later,” according to Nava. But times are different now.

There’s rarely much bipartisanship in the state Legislature, but there are occasional promising signs. This year, legislators approved – and the governor signed into law[9] – a measure that would reform the way police departments take private property without a conviction (asset forfeiture). Legislators from both parties saw that the burden fell heavily on poor Californians and that the process seemed to violate constitutional rights.

Likewise, liberals recognize that excessive licensing regulations harm opportunities for poor people and conservatives often see the rules as an affront to a market-based economy. The time may be ripe for reform and perhaps Little Hoover’s suggestions will lead the way.