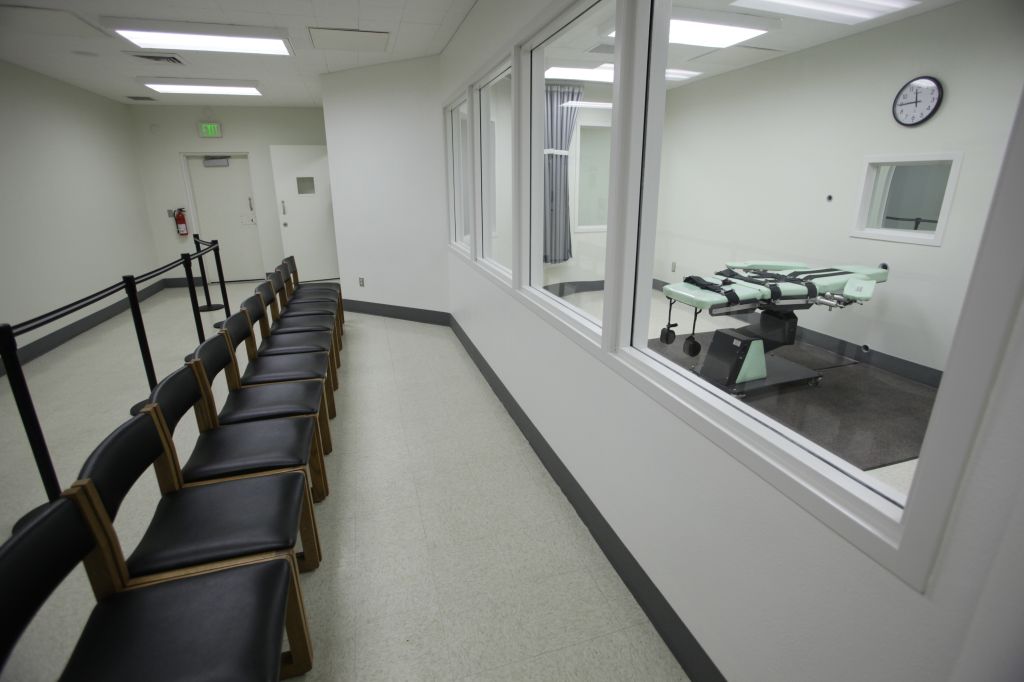 Despite a broad trend toward increasing skepticism and opposition around capital punishment, California’s ballot initiative ending the practice faces a steep climb heading into November.

The Institute for Social Research at Sacramento State University, through the CALSPEAKS public-opinion project, found that respondents “opposed Proposition 62, which would end the death penalty in the state, 45-37. All other propositions in the poll had comfortable support,” KPBS noted[1] — a dual anomaly, given Californians’ history of generally sinking ballot measures instead of voting them through.

The numbers cut against a persistent U.S. trend in public opinion away from the death penalty. “A Pew Research poll published late last month revealed that only 49 percent of Americans now favor executing murderers, a seven-point decline from March 2015,” the Marshall Project observed[2]. “Those poll numbers may reflect growing public concern about botched executions, the high costs of operating death rows, and the suspicion that states may have executed innocent people.”

California was not the only state to prompt a referendum on the practice. “Meanwhile, voters in Nebraska will be asked whether they want to reinstate the death penalty and Oklahoma residents will decide whether to make it harder to abolish it,” according[3] to the Associated Press. Last year, the Nebraska Legislature scrapped capital punishment, raising questions about whether voters would have done the same; Oklahomans saw a freeze in executions after two consecutive errors.

“The votes for the three states come amid an evolution for capital punishment in the U.S. Executions have mostly been in decline since the turn of the century and last year reached their lowest level in 25 years, with 28 prisoners killed. Capital punishment has been either legislatively or judicially repealed in eight states since 2000,” the wire noted, citing Robert Dunham, executive director of the Death Penalty Information Center.

But dueling measures made it onto California’s ballot this year, driving financial backing from rival groups. Silicon Valley has shaped up to be the champion of the ban, while law enforcement organizations have lined up against it. “Stanford Prof. McKeown tops the list of donors to Proposition 62, followed by Netflix CEO Reed Hastings, Mr. Graham, and Laurene Powell Jobs, widow of the former Apple Inc. CEO.,” the Christian Science Monitor reported[4]. “Their support, totaling $4.2 million, puts them in opposition with Proposition 66, another ballot initiative that seeks to speed up the death penalty system. The latter is supported by many police associations, prosecutors and sheriffs, and has contributions totaling $4.3 million.”

Support for Prop. 62 has focused around the kind of flaws apparent in Oklahoma, rather than the more abstractly principled objection to capital punishment that has traditionally driven political activism. “In the nearly 40 years since California revived the death penalty, executioners at San Quentin have put 13 convicted murderers to death,” the Los Angeles Times editorialized. “But were they all truly the ‘worst of the worst’ of the state’s killers? Were they all even killers? There’s a strong argument to be made that at least one of the executed inmates, Thomas Thompson of Laguna Beach, may, in fact, not have been guilty of murder.”

California has also attracted outside opponents to capital punishment. Juan Melendez, an ex-death row inmate, visited the Thomas Jefferson School of Law in San Diego to level a far broader kind of criticism than Prop. 62’s supporters have typically offered. “People need to know that it is racist,” he said, according[5] to U-T San Diego. “People need to know that it costs too much. People need to know it does not deter crime. People need to know that it’s cruel and unnecessary. We have alternatives!” In Los Angeles, meanwhile, other former inmates pressed the issue with a religious audience. “Death row exonerees Nate Fields and Sabrina Butler joined a diverse group of faith leaders to talk about the importance of ending California’s death penalty during an interfaith breakfast hosted at Holman United Methodist Church,” the L.A. Sentinel reported[6].