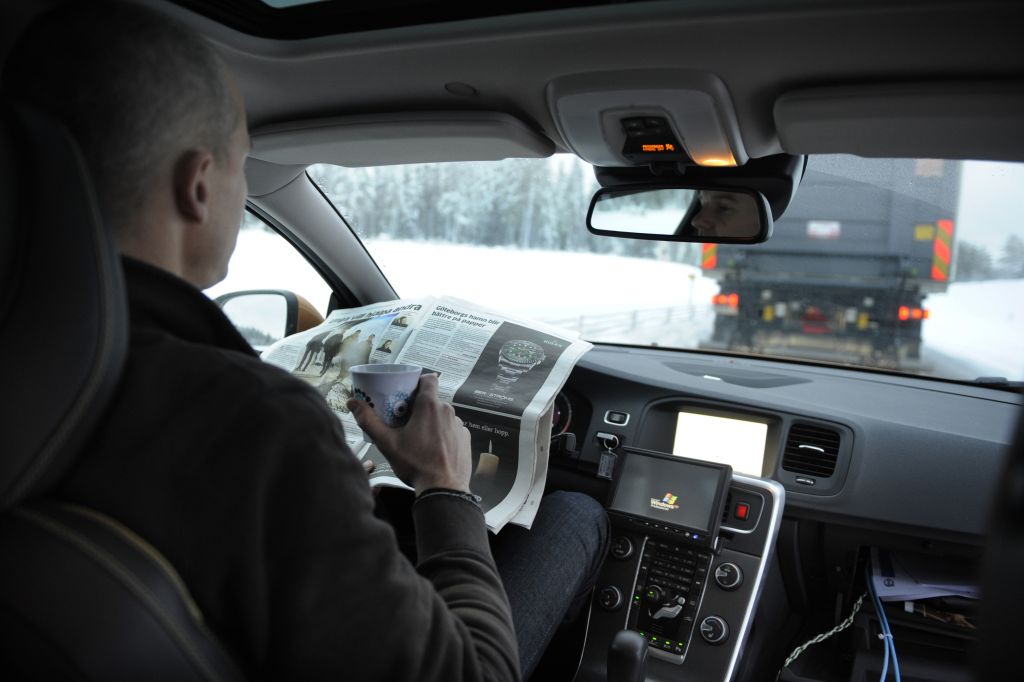 Hopes that California would emerge as the global center for what eventually could be a multitrillion-dollar industry — self-driving vehicles — have taken a step back.

New proposed rules[1] unveiled this month by the state’s Department of Motor Vehicles drew sharp complaints from the leading companies in the field — Google, General Motors, Ford, Volkswagen and Honda — as being far too onerous and certain to slow innovation. They are among 18 firms with licenses to test autonomous vehicles in California.

A nascent industry group — The Self-Driving Coalition for Safer Streets, whose members include Lyft, Uber Technologies and Volvo — released a statement that the rules “could greatly delay the benefits that self-driving vehicles can bring to safety and mobility for individuals.”

The last requirement drew a sharp response from Ron Medford, the director of safety for Google’s self-driving car project, who wondered why bureaucrats didn’t grasp how much red tape this would create. Medford said the rule was “unworkable,” according to a Reuters report[2].

Perhaps the only state action that was greeted warmly was regulatory language that suggested the DMV would be willing to accept testing of vehicles without steering wheels more quickly than expected.

The state’s framework is based in many ways on ideas outlined in a federal proposal unveiled in September. That proposal generally won praise[3] from autonomous automakers and from such tech websites as Ars Technica for heeding industry recommendations — especially in how to categorize levels of autonomy in vehicles being developed. Instead of using outdated language crafted by federal officials, the U.S. Department of Transportation adopted what are known as the SAE standards[4], which classify vehicles from 0 (totally human controlled) to 5 (totally automated).

But the reason the federal proposal won cheers while the California DMV’s plan won jeers is that the federal proposal amounts to a collection of guidelines, not hard rules. The Obama administration also underlined how important it considered autonomous vehicles to be in our future economy by having Jeffrey Zients, director of the National Economic Council, join Transportation Secretary Anthony Foxx at the news conference unveiling the rules. This was reflected in the headline[5] on The New York Times coverage of the event: “Self-Driving Cars Gain Powerful Ally: The Government.”

The California state government sought to offer reassurance that its rules were drafts open to revision and that it wanted and welcomed input from the 18 companies testing autonomous vehicles in the state.

But the assurance didn’t come from Gov. Jerry Brown or one of his top aides. It came from Brian Soublet, deputy director of the California DMV, who said, “The goal is making sure that we can get this life-saving technology out on the streets.’