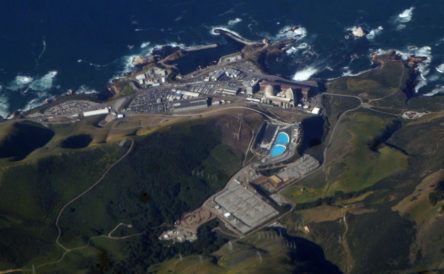 In June, when Pacific Gas & Electric announced that it would close the Diablo Canyon nuclear plant near San Luis Obispo, the giant utility service in Central and Northern California won enthusiastic media coverage. The PG&E announcement was called “a bold step in the 21st century electricity revolution” and the utility was depicted as being a model as the United States moves to cleaner forms of renewable energy.

But among energy experts, there was considerable skepticism over PG&E officials’ assertion that the utility could sharply expand its renewable energy portfolio without higher costs to customers and without hurting supply reliability. The most striking criticism of PG&E’s plan came from those who said the utility would probably have to increase — not reduce — its use of fossil fuels in coming decades after Diablo Canyon’s two nuclear reactors close in 2024 and 2025.

Writing in Forbes[1] magazine, geochemist James Conca was deeply skeptical of the claim the shuttering of Diablo Canyon wouldn’t cost PG&E customers. He also made the point that given the unreliability and cost of solar and wind power, PG&E would have little choice but to build plants producing natural gas, a fossil fuel, to replace the 11 percent of state electricity now provided by Diablo Canyon.

PG&E’s promise of no cost increase is dropped

Last week, the skeptics were proven right on the cost front. PG&E announced it was seeking a 1.6 percent increase in the average bill of residential customers to generate $1.77 billion over eight years to pay for the cost of closing Diablo Canyon.

This triggered fury among environmental groups. “It’s outrageous and it is totally deceptive what PG&E said before compared with what is actually going to happen,” Michael Shellenberger, the leader of Environmental Progress, a green advocacy group based in Berkeley, told the[2] San Jose Mercury News.

But based on what’s happened after the closing of the Vermont Yankee nuclear plant in New England at the end of 2014, California environmentalists may have plenty more to be upset about in coming years.

Northeast utilities had years to prepare for the shuttering of Vermont Yankee on the Connecticut River in the town of Vernon, Vermont. Though legal fights continued in federal court, the nuclear plant’s closure appeared inevitable after the Vermont Legislature voted in 2010 against allowing it to continue providing one-third of the state’s power and to contribute to the region’s grid. Green groups expressed confidence that renewable energy would come to the fore.

That’s a more than 5 percent jump in natural gas and oil electricity supply, from 44.8 percent to 50.4 percent.

In a March report[5], ISO New England implied that this was good thing: “Natural gas resources and renewables are displacing less economic and higher-emitting resources in New England. The ability of many natural-gas-fired plants to change output quickly helps to balance an increasing amount of generation from intermittent power resources that rely on the wind and sun.”

Unless wind and solar power technologies become much more efficient and reliable by 2024, the tough choices now facing New England are likely in California as well.