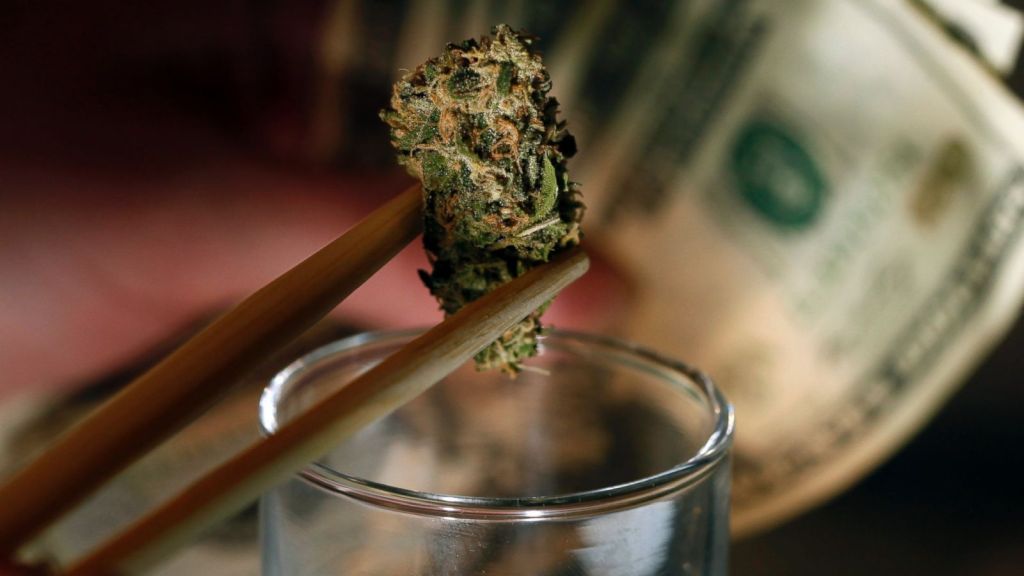 Despite a mixed bag of support for the many propositions on California’s voluminous ballot, legalized recreational in-state marijuana use appears to be headed from far-off dream to dawning reality.

“Last month, the two most prestigious California public opinion outfits — the Field Research Corporation and Public Policy Institute of California (PPIC) — both pegged support for Proposition 64 at 60 percent,” Ed Kilgore noted[1] at New York Magazine. “Field nostalgically noted that its first poll of California on the subject, in 1969, showed only 13 percent support for legalization. A new PPIC survey in October showed legal weed pulling a mere 55 percent with 38 percent opposed. That’s still a 17-point margin. Indeed, there has only been one bad poll for Proposition 64.”

Although California has long been forced into the role of bellwether state by policy activists hoping to go national with Golden State victories, broader change in a pro-pot direction has been largely recognized as nearly inevitable given the sheer size of the market for pot that Prop. 64 would legitimize and expand. “Californians are on the verge of tripling the number of American adults who can legally acquire marijuana without interference from doctors, dealers or cops,” Reason magazine’s Matt Welch observed[2] at the Los Angeles Times. “If Maine and Nevada voters do likewise, as seems probable, that would further expand the zone of recreational freedom to cover nearly one-fifth of the U.S. population.”

Pro-pot advocates have cast a broad net this election season. “Voters in five states — Arizona, California, Maine, Massachusetts and Nevada — will decide whether to legalize recreational marijuana for adults,” as NBC News reported[3]. “Medical marijuana is on the ballot in Arkansas, Florida, Montana and North Dakota.”

“Two national surveys released in mid-October confirm that, with the Pew Research Center revealing that 57 percent of U.S. adults say the use of marijuana should be made legal — while 60 percent were opposed a decade ago. The latest Gallup Poll showed that support for legalizing marijuana is at 60 percent, the highest ever recorded in this survey. After Colorado and Oregon became the first states to allow the recreational use of pot, in 2013, support for legalization reached a majority for the first time.”

Entrepreneurs have already begun a rush to fill current and perceived appetites for a new generation of recreational weed products and services. “Startups are cropping up throughout the Bay Area that put a signature Valley spin on the age-old practice of selling marijuana, offering sleek on-demand delivery apps for users and high-tech software for growers and dispensaries,” the San Jose Mercury News recently noted[4]. “The business models are risky — marijuana is illegal under federal law and stigma around the drug prevents cannabis startups from scoring funding from many major investors. But with recent polls suggesting Californians are poised to expand marijuana consumption beyond medical use, experts expect cash to pour into the industry.”

Analysts have remained divided, however, on the partisan implications of legalization. While many traditional Republican critics have suggested that more permissive drug laws are of a piece with an expansive entitlement state, libertarian supporters like Welch have countered that more free-market innovations are likely to follow in Prop. 64’s wake. “What’s the 2016 equivalent of medical marijuana shops?” he asked. “Charter schools come quickly to mind. Wherever the one size is not fitting all to the end user’s satisfaction, there is an opportunity for governmental bodies to allow for some real or metaphorical outside lab work. Beware any entity that would prematurely close such experiments down.”