Good morning. TGIF. A new poll out this morning suggests that voters will likely approve many of the 17 measures on the ballot. Of the 10 polled by the Field Poll/UC Berkeley Institute of Governmental Studies, voters appear ready to approve at least seven. 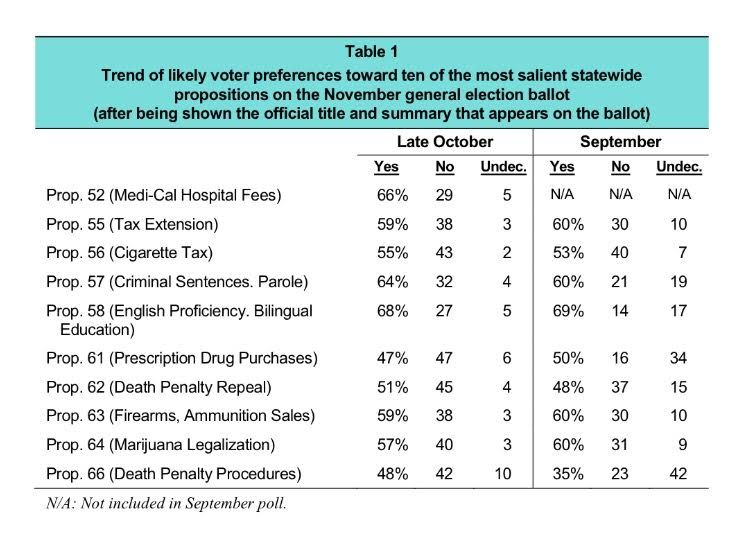 Included among those poised to pass is recreational marijuana. CalWatchdog[1] has more.