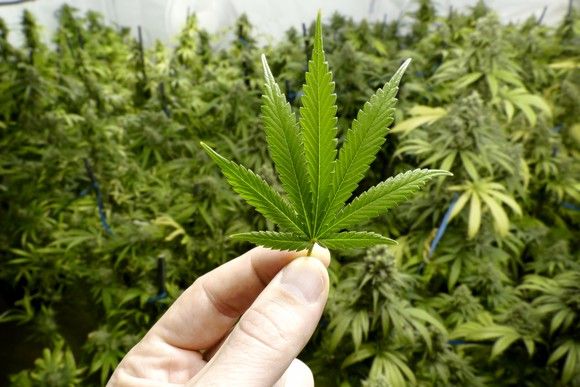 Californians have gone down in history as leading a nationwide charge to legalize the recreational use of marijuana.

“Voters on Tuesday approved Proposition 64, making California the most populous state in the nation to legalize the recreational use of marijuana,” the Los Angeles Times confirmed[1]. “The approval of the ballot measure creates the largest market for marijuana products in the U.S. It comes six years after California voters narrowly rejected a similar measure. Activists said passage would be an important moment in a fight for marijuana legalization across the U.S.”

Among California ballot issues, Prop. 64 took shape as one of the most straightforward and likeliest to pass. While others boasted dramatic political expenditures, shared space with contradictory measures, or brought in high-profile outside officials to rally for their passage, Prop. 64 simply gathered support as Election Day neared.

Nor was the Golden State alone in the trend. Massachusetts and Nevada voters followed the same path, opting to embrace legal weed. “Leading up to the election, recreational marijuana use was legal in four states: Alaska, Colorado, Oregon and Washington, along with Washington, D.C.,” the New York Times recalled[2]. “With the addition of California, Massachusetts and Nevada, the percentage of Americans living in states where marijuana use is legal for adults rose above 20 percent, from 5 percent.”

“The federal government’s ban on the drug precludes the interstate sale of cannabis, even among the states that have approved its use. But Tuesday’s votes created a marijuana bloc stretching down the West Coast, and Gavin Newsom, the lieutenant governor of California, said he saw an opportunity for the states where recreational marijuana is now legal to ‘coordinate and collaborate’ on the issue, including applying pressure in Washington to relax the federal ban.”

And while pot advocates in a few states considering similar moves faced a higher hurdle, still other states took smaller strides toward looser regulation: “Local outlets in Maine are declaring victory for that state’s legalization measure, but with 91 percent of precincts reporting just a few thousand votes separate the ‘Yes’ and ‘No’ columns,” the Washington Post noted[3]. “A similar legalization measure in Arizona did not gain sufficient support to pass, with 52 percent of voters rejecting it. On the medical side, voters in Florida, North Dakota and Arkansas have approved medical marijuana initiatives. Voters in in Montana also rolled back restrictions on an existing medical pot law.”

A complex combination of factors has contributed toward growing uncertainty over the status quo around marijuana regulations. “Public opinion about marijuana has been steadily shifting during the past decade, and the laws have been steadily changing,” as the Christian Science Monitor observed[4]. “One concern is that too many Americans were serving prison terms for a drug many consider less harmful than alcohol or tobacco. Legalizing the drug, they say, can also provide tax revenue and reduce black-market crime.” Concerns around legalization have centered around its potential impact on children, public health and smaller, traditional growers and merchants. “The number of calls to poison control centers involving Colorado children has gone up, as has the number of children who’ve been taken to the hospital for treatment due to unintentional marijuana exposure,” CNN noted[5]. “There have also been more school suspensions, marijuana-related traffic deaths, pet poisonings and lab explosions.”

But although attitudes toward marijuana use have gradually relaxed over the decades since modern-day pot culture arose during the 1960s, the drug’s popularity and mainstream positioning emerged late in the game. “The number of adults who have smoked weed has nearly doubled in three years,” CNN added, citing an August Gallup survey. “It is the No. 1 illicit drug of choice for Americans, according to the 2014 National Survey on Drug Use, although only one-third of users reported an addiction to the substance, unlike most all the other illicit drugs used.”