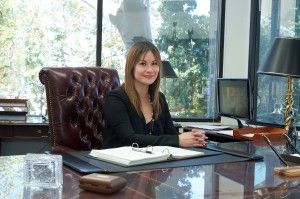 The only thing standing in the way of a Democratic supermajority in the Legislature is one Southern California Senate seat.

Democrats are halfway there as the last barrier between them and a two-thirds majority in the Assembly officially crumbled on Tuesday, after the Associated Press[1] determined Democrat Sabrina Cervantes had knocked off Republican incumbent Eric Linder in the Inland Empire.

But to completely enjoy the benefits of a supermajority, Democrats will have to win one more seat in the Senate as well, which means Democrat Josh Newman has to overcome a several thousand vote deficit against Republican Assemblywoman Ling Ling Chang.

Currently, Chang leads Newman by about 3,600 votes, a number that changes daily as ballots are still being counted. On Wednesday, Chang’s lead was around 5,000 votes.

The district is split between Los Angeles, Orange and San Bernardino counties, with Orange having the largest swath of voters. Orange County estimates that there are still 162,778 ballots left uncounted countywide out of 374,397 post-Election Day.

To get a supermajority, Democrats needed to flip two seats in the Assembly and one in the Senate. Republican Assemblyman David Hadley was already deemed to have lost to former Democratic Assemblyman Al Muratsuchi in a Torrance-area district, which, along with Linder’s loss, gave Democrats the desired two-thirds in the Assembly.

If Chang falls too, Democrats would have the power to increase taxes, override gubernatorial vetoes (which rarely happens) and change legislative rules without Republican votes.