Trump court pick could be consequential to California Teachers Association 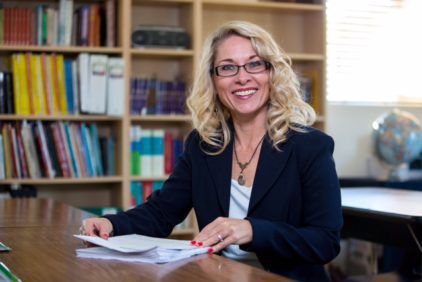 While it may not be immediately apparent, Donald Trump’s victory in last week’s presidential election has deep implications for the balance of political power in California. Because of his win, there could soon be a fifth vote on the U. S. Supreme Court – again – to conclude that teachers at California public schools can’t be compelled to pay union dues to the California Teachers Association in support of political activities with which they disagree.

These dues have made the CTA arguably the most powerful force[1] in state politics, able to win passage of bills increasing taxpayer funding for the state teachers’ pension system, protecting teachers’ jobs and making it difficult for their performance to be evaluated. A Fair Political Practices Commission report found that the CTA and affiliated entities spent $212 million[2] to influence state politics from 2000-2009. Dues vary but are generally around $1,000 a year for the CTA’s 325,000 members.

But in February, Scalia died. In March, the court deadlocked [4]4-4 on the case, and in June, it declined to hear the case again in the term that began in October.

Trump has promised to appoint a justice with Scalia-like views as his replacement. That presumably would mean five votes to put limits on what public employee union dues could be used for.

Are dues solely used for collective bargaining or not?

The case was brought in 2013 by the libertarian-leaning Center for Individual Rights on behalf of Rebecca Friedrichs[5], an Orange County schoolteacher (pictured above), and other teachers who object to the CTA’s agenda and reject the claim that their dues were being used for “collective bargaining” purposes only.

The center is expected to start the ball rolling again for a new federal trial, and eventual Supreme Court review, in coming months. It’s not clear whether Friedrichs will again be the plaintiff, but there’s a broad assumption that the CTA — labelled “the worst union in America”[6] by conservative publication City Journal — will again be the target.

As California Lawyer magazine detailed last year[7], conservative federal judges — not just those on the Supreme Court — seem eager to expedite the challenge to union members’ objections to political uses of their dues. Both trial court and appellate judges went along with plaintiffs’ request that the Friedrichs case be rejected based on precedent — specifically, Abood v. Detroit Board of Education, a 1977 Supreme Court ruling upholding compulsory union dues. This request was made to get the case before the high court as soon as possible.

There is little doubt that several justices are eager to scrap the precedent.

At the January hearing on the Friedrichs case, Kennedy ridiculed the argument that compelling teachers to pay union dues that were used to advocate political views they didn’t share was no big deal because those teachers could advocate for their views in other ways.

The contention that upholding Friedrichs’ challenge would destroy public employee unions also was subject to sharp challenge by justices who noted that federal employees’ unions didn’t charge “agency fees” but were able to effectively bargain on pay and benefits.

The four justices who voted to reject the Friedrichs case and side with the CTA criticized what they saw as an unseemly eagerness to reject long-held precedent. They noted that the Abood case’s finding had been challenged repeatedly over the last four decades and had only faced high court doubts in recent years.