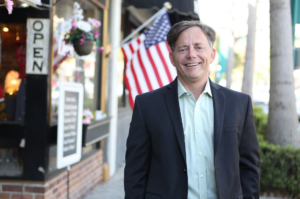 Democrat Josh Newman now has a lead of nearly 1,400 votes in the Southern California state Senate seat upon which rests Democrats’ chance of a supermajority in the Legislature.

Newman, a political neophyte, had been running behind Republican Assemblywoman Ling Ling Chang since Election Day. But Chang’s lead began slipping away in recent days.

On Tuesday, Chang clung to a lead of less than 200 votes. By Wednesday evening, Newman had overtaken Chang, stretching his lead to nearly 1,400 votes.

Chang’s camp is undeterred. A campaign spokesman told CalWatchdog they would wait until “the votes were counted.”

“We never declared victory (while Chang had the lead) and I’m not in the mood to declare defeat,” said Jim Nygren, a campaign consultant for Chang.

Orange County, home to about three-fourths of Senate District 29’s voters, has only 61,649 votes left to count countywide. Los Angeles and San Bernardino counties share the rest of the ballots and are still counting votes as well.

As of Wednesday, Newman was narrowly winning both Orange and Los Angeles counties, which make up around 92 percent of the total vote.

Chang performed well in San Bernardino, which should present more results soon, according to Nygren. And while San Bernardino only accounts for 8 percent of the district’s votes, a race this close may be decided by only hundreds of votes.