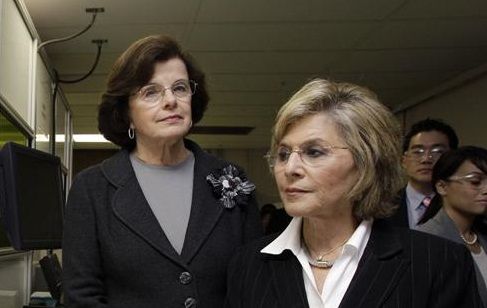 California’s beleaguered farmers had their hopes for a better 2017 rekindled as landmark water legislation delayed for years finally passed Congress. But the political cost to Sen. Dianne Feinstein, a key supporter, has been high, with outgoing Sen. Barbara Boxer digging in her heels against the bill and pushing for White House opposition. The strife has underscored the difficulty California Democrats have had in smoothing over internal disagreements over core policy issues that have risen to the surface of contention after years of all but one-party rule in the state.

“A rough five years in the making, the $558 million bill approved by the Senate early Saturday morning steers more water to farmers, eases dam construction, and funds desalination and recycling projects,” McClatchy reported[1]. For state farmers, the bill promised a greater inflow of water from Delta pumps, drought relief and a dose of federalism.

Curtis Creel, Water Agency General Manager for Kern County, told Bakersfield Now the rule requiring an increased role for state and local officials mattered most. “It instructs the (Federal) Fish and Wildlife Service to coordinate with state and local agencies who have expertise in dealing with science related to the Delta, as well as operations of the water projects,” he approvingly explained[2].

For its part, the Golden State has stuck to a neutral position for now. “In California, the state’s Natural Resources Agency is staying out of the fray and declined comment on the bill,” according[3] to the San Jose Mercury News.

Central Valley farmers have held out for measures like the water bill’s for decades. “All sides agree the California water package marks the biggest federal shift in the state’s water use since the 1992 Central Valley Project Improvement Act, which focused more on protecting the Sacramento-San Joaquin Delta,” McClatchy noted. “Farmers hated the CVPIA but, in a mirror image of this year’s water bill, it was included in a bigger package that rolled right over one of the state’s protesting senators.”

“The Republican senator who was left standing alone in fighting the 1992 bill, John Seymour, was subsequently defeated by Feinstein. One of the other big losers in that earlier legislative fight, the Westlands Water District, is among the victors in this year’s bill, after spending more than $1 million on lobbying in the last two years.”

In an ironic twist, Feinstein herself has now found herself at the center of controversy among fellow Democrats. In the unusual position of defending her decision against environmentalist fears, “Feinstein’s office claimed that the legislation does not violate the Endangered Species Act, because it contains a ‘savings clause’ that dictates that nothing in the provision shall violate the act,” the San Francisco Chronicle reported[4]. “House Democratic aides countered that the courts have ruled that direct instructions from Congress, in this case on how much water can be pumped from rivers, always supersede more general clauses declaring that nothing in the legislation violate bedrock environmental law.” Boxer has suggested that the legislation’s fate will have to be settled in the courts.

But the momentum in Washington favors its passage, even with President Obama’s cautious disapproval of its current language. Through his press secretary Josh Earnest, President Obama declined to throw Feinstein a political lifeline, but did little to shore up Boxer’s position. “Based on what we know so far, we don’t support the kinds of proposals that have been put forward to address some of the water resources issues in California right now,” Earnest said, as CalWatchdog previously noted[5]. “So, we don’t support that measure that’s being put forward, but we’ll take a look at the bill in its totality.” But the White House did not raise the prospect of a veto — possibly managing expectations in the face of strong support in Congress for the bill’s broad infrastructure reform.