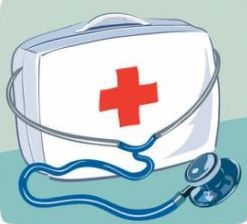 California would suffer major economic consequences if Congress repeals the Affordable Care Act without an adequate replacement, according to a new study[1] by the UC Berkeley Labor Center.

Republicans in Washington appear poised to repeal the ACA, better known as Obamacare, some time after Donald Trump is sworn in as president. With premiums on the rise and consistently poor polling, repeal is music to the ears of many, as evidenced by every federal election since the measure was passed in 2010.

However, a partial repeal would cause Californians to lose hundreds of thousands of jobs, billions of dollars in annual federal funding and kick millions of people out of coverage. Some of the losses would be offset by gains elsewhere, but it’s impossible to give a complete analysis of the offsetting effects without Republicans’ replacement plan.

Even with Republican majorities in Congress and a Republican president, a full repeal of the ACA is unlikely, due to a 60-vote threshold in the Senate that would require at least a handful of Democratic votes.

UC Berkeley Labor Center analysts used a 2015 partial-repeal bill that was ultimately vetoed by President Barack Obama to estimate the effects. Under that bill, California would lose $20.5 billion annually in federal funding for low-income subsidies and expanded Medi-Cal coverage.

As a result of that lost funding, 3.7 million Californians would lose Medi-Cal coverage, while another 1.2 million would lose subsidies, which may or may not make coverage unaffordable.

The billions in lost federal funds would be offset by smaller gains elsewhere, like $6.3 billion in tax cuts to California insurers and high-income earners. A repeal could also remove the requirement to have coverage, saving $1.3 billion in penalties for the uninsured.

Polling and electoral results have repeatedly shown the law to be unpopular with the public nationally, and Californians are facing an expected average increase in premiums by 13.2 percent[2] next year.

Nationally, the public is divided on the law. In November, 45 percent of adults had an unfavorable impression of the law, compared to the 43 percent who had a favorable impression, according to a Kaiser Family Foundation tracking poll[3].

Republicans have incrementally seized power in Washington on a repeal platform ever since Democrats passed the ACA in 2010 with their own congressional majorities and president, Barack Obama. In 2010, Democrats lost the House. In 2014, they lost the Senate. And in 2016, they failed to regain the Senate and lost the White House.