13 CA ZIP codes have lead contamination as bad as Flint 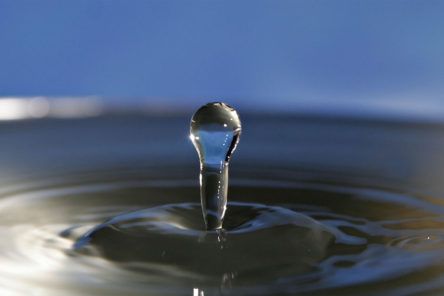 The local regulators who knew about the severity of lead contamination and protected themselves but not the community are facing criminal charges[2]. That’s because a high presence of lead in the blood is associated with low IQs and cognitive problems and can be devastating for infants and children.

Now a massive study[3] by Reuters — based on federal health data from 21 states and broken down by ZIP code — points to at least 13 areas in California with problems as bad or worse than what is now seen in Flint, where 5 percent of tested children have elevated levels of lead in their blood. The national norm is 2.5 percent.

The problem appears worst in the Oakland community of Fruitvale (ZIP code 94601), where 7.57 percent of children had high levels of lead.

Nine ZIP codes were in the Fresno area, which has already had a lead scare this year, as CalWatchdog reported[4] in August. The results were worst in Selma, 15 miles southeast of Fresno (ZIP 93662), where 6.62 percent of children had high levels of lead in the their blood.

In south-central Los Angeles (ZIP 90011) in an area east of the 110 Freeway and south of the 10 Freeway, the rate of children with elevated lead in their blood was 5.28 percent.

The federal health statistics are mostly based on blood samples from at least 500 children in each ZIP code for five- or 10-year increments ending in 2015. California did much better that most of the 20 other states whose data was studied. In total, 278 ZIP codes had much worse lead problems than Flint, with the biggest concentration in industrial centers in the Midwest and in areas with a history of heavy mining.

Flint fits that profile. But its problems were at the least exacerbated by city officials’ 2014 decision to stop bringing in water from the Detroit system in favor of a switch to cheaper local sources, including the heavily polluted Flint River.

When lead contamination problems are found in the United States, the problem is usually exposure to lead-based paint, especially in older housing, and from old water pipes.

Such pipes caused the lead scare[5] in Fresno earlier this year, but official misconduct was part of the problem. In January, after many reports of discolored water, Fresno officials began reviewing how the city water agency dealt with complaints. They discovered that a water official named Robert Moorhead had failed to pass along as many as 1,400 complaints from 2005 to 2011 about problems with water from the treatment plant in northeast Fresno that he managed. Moorhead, who was fired for undisclosed reasons in 2011, has denied wrongdoing.

But a subsequent city probe found evidence of excessive lead in pipes in 51 of the first 280 homes it inspected, or 18 percent. Eventually, city officials warned[6] residents of the 93710, 93720 and 93730 ZIP codes that they could have pipe problems and thus potential exposure to excessive lead.

But the Reuters study should offer some relief to residents of those ZIP codes. None were found to have Flint-level contamination rates.