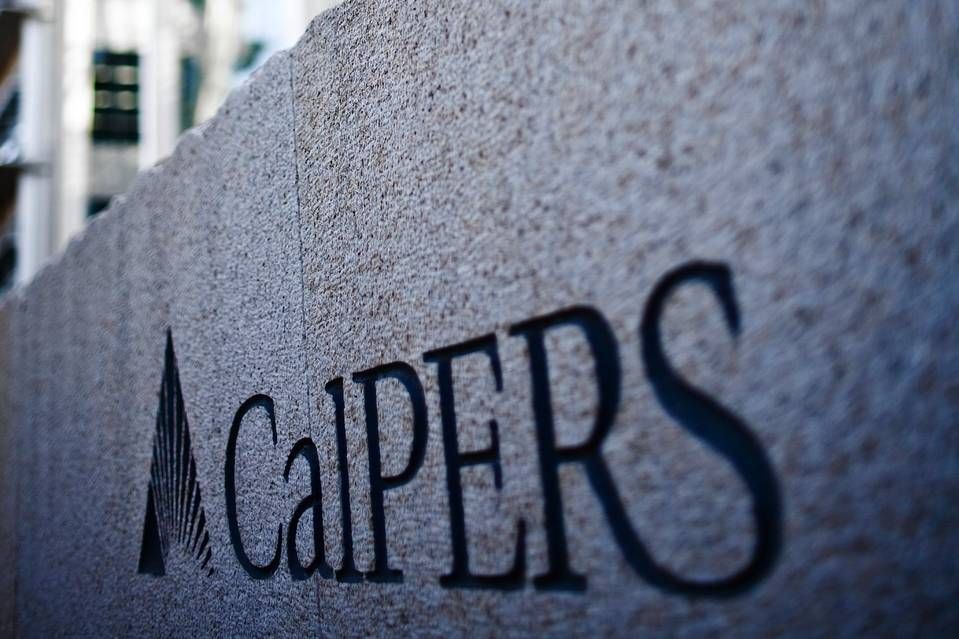 SACRAMENTO – After two years of miniscule investment returns, the nation’s largest state pension fund – the California Public Employees’ Retirement System – has once again lowered its expected rates of return[1]. Even some CalPERS officials and consultants argue the lowered financial expectations don’t go far enough to shore up the fund’s financial position, as it now only has 68 percent of the assets needed to pay all its future retirement promises.

This end-of-year board vote to reduce expected investment returns from 7.5 percent to 7 percent portends difficulties for local agencies that provide pensions to their public employees through the CalPERS system. Lowered earnings estimates mean these agencies will have to contribute significantly higher payments to the pension fund to defray the costs of these benefit packages. In 2012, CalPERS dropped its expectations from 7.75 percent to 7.5 percent[2].

“The three-year reduction of the discount rate will result in average employer rate increases of about 1 percent to 3 percent of normal cost as a percent of payroll for most miscellaneous retirement plans, and a 2 percent to 5 percent increase for most safety plans,” according to a CalPERS statement[3] following the vote. The “normal” cost doesn’t address the growing size of the fund’s unfunded liabilities (i.e., debt), so local governments will also have to boost their “unfunded accrued liability payments” by as much as 30 percent to 40 percent.

California local governments already have faced 50-percent hikes in their CalPERS payments over the past several years[4], which has led local officials and pension reformers to increasingly fear a continuing cycle of service cut-backs and tax increases. Indeed, there was some pressure at CalPERS to push the expected return rates down to the 6 percent range, but some officials expressed concern about what this would mean, cost wise, for member agencies.

“The reduction in the rate of return is not as big as was discussed last month,” according to a Dec. 21 report in Pensions & Investments[5]. “Chief Investment Officer Theodore Eliopoulos said at last month’s finance and administration committee meeting that given diminished investment return assumptions over the next decade, 6 percent was a more realistic return for the coming 10 years. Andrew Junkin, president of Wilshire Consulting, which serves as CalPERS’ general consultant, said at the November meeting that Wilshire was predicting an annual return of 6.21 percent for the next decade, down from its estimates of 7.1 percent a year earlier.”

Even a 6 percent expected rate of return would be overly aggressive, according to many pension-reform advocates[6] who note that CalPERS received a 0.6 percent return last fiscal year – and 2.75 percent in the previous fiscal year. Furthermore, beginning in 1999, the state and most local agencies began a spree of retroactive pension increases.

These massive benefit hikes[7] – oftentimes 50 percent or more – put additional strain on the system. Critics call for CalPERS to embrace rate returns that are considered risk free – i.e., tied to the Treasury bond rate. That would mean an expectation of about 3 percent a year for the coming decade.

The burden falls mainly on local governments, but public employees hired after a 2013 pension-reform measure (the Public Employees’ Pension Reform Act, or PEPRA) will face higher personal contributions to their pension plan. Because of something known as the “California Rule,”[8] the state’s public employees cannot be forced to increase their contributions or receive fewer benefits than promised – but that doesn’t apply to those hired under a new set of rules. (A court decision[9] last year opened the door to reduce benefits for current workers, but that case has yet to be resolved.)

Few California cities will face what is taking place in Loyalton, a tiny Sierra County town west of Reno, Nevada. The town could no longer afford to pay its fees to CalPERS, and the fund has threatened to cut off its four retirees’ pensions. As Calpensions explained[10], “According to a state controller’s report for 2015, Loyalton had revenues of $1.17 million, expenditures $1.68 million, liabilities $6.16 million, assets $11.1 million, fund equity $4.8 million, and population 733.”

This is an extreme version of the stress faced statewide, a problem exacerbated by the fact that the pension fund will soon have more retirees collecting pensions than active workers[11] paying into the system. That situation wouldn’t be a problem if the system were entirely sustainable – i.e., if it weren’t amassing unfunded liabilities.

Gov. Jerry Brown applauded CalPERS’ decision to reduce its assumptions. “Today’s action by the CalPERS Board is more reflective of the financial returns they can expect in the future. This will make for a more sustainable system,” the governor said in a Dec. 21 statement.

These debates over the “rates of return” are so significant because of the way CalPERS and other defined-benefit systems operate. In defined-contribution systems (401/k-style systems[12], for instance) typical in the private sector, employees contribute a portion of their income into their retirement fund. Employers often match a certain percentage of these contributions. The money is invested in, say, a mutual fund. If the returns are high, the employee gains more retirement income. If they are low, the employee receives less. There are no future liabilities.

By contrast, public employees receive a promised benefit[13] level determined by a formula based on years worked and a percentage of salary. Pension funds invest the money and their investment returns help assure the system has enough cash to meet all the current and future promises. If investment returns sag (or benefits are increased), the funds incur large unfunded liabilities or debts. Ultimately, the state’s taxpayers are responsible for any shortfalls. So the expected rate of return carries enormous public-policy implications for the state and municipalities.

Critics complain that the CalPERS board[14] is comprised largely of public employees, retirees and elected officials with close ties to public-employee unions, which provides a strong incentive to push funding problems further into the future. But even with that dynamic there’s only so much that can be done in a world of weak investment returns and stepped up accounting standards. Efforts by CalPERS’ investment staff and board members – and by the Brown administration – to deal more realistically with the issue is viewed by most Sacramento observers as an encouraging sign.