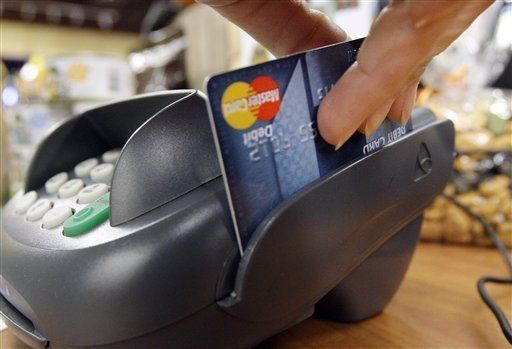 “Four years ago, voters approved Proposition 30, which raised the income tax significantly on the wealthiest Californians and raised the sales tax a tiny bit on everyone,” Capital Public Radio recently recalled[1]. “That quarter-of-a-cent increase equated to paying an additional $0.01 on a $4 coffee; $1 on a $400 television; and $100 on a $40,000 car.” But on Election Day 2016, that changed. “Voters extended Proposition 30’s income tax increases in [November’s] presidential election with Proposition 55 — but that initiative allowed the Prop. 30 sales tax hike to expire.”

The shift means California’s sales tax is the state’s only tax to be decreased this year, from 7.5 percent to 7.25 percent. As the U-T reported[2], “Some local jurisdictions tack on their own assessments, so residents in certain areas will still pay more than the statewide rate.” In certain parts of the state, like the San Francisco Bay Area, voters allowed substantial increases.

From spending to taxing

Prop. 30 ushered in the so-called Schools and Local Public Safety Protection Act of 2012, as California voters threw their support behind increased spending on state education and benefits. “The act increased sales tax and income tax rates to help maintain funding levels for public schools and colleges and pay for programs for seniors and low-income families,” U-T San Diego noted. “The additional revenue also provided local governments with a constitutional guarantee of funding to comply with a new state law that shifted lower-level offenders from state prisons to county jails.”

Some municipalities, particularly in parts of the state that joined a Democrat-led initiative to hike minimum wages, opted to raise more funds. “Bay Area voters this year generously approved taxing themselves in large numbers — and they’ll feel the pinch at the cash register in 2017 as local sales taxes across Silicon Valley take effect even as a state tax expires,” according to the San Jose Mercury News.

For years, public pension costs have steadily built pressure on Golden State cities. In some areas, the problem has become egregious: The city of El Monte, in Southern California, shelled out 28 percent of its general fund to pay retirement costs. “Among California’s 10 largest cities, only San Jose paid as much toward retirement costs relative to its general fund. Los Angeles spends 20 percent of its general fund on retirement costs,” the Los Angeles Times revealed[3]. “El Monte’s outsize pension bill weighs heavily on the San Gabriel Valley city of 116,000, where half the residents were born outside the United States and a quarter live below the poverty line.”

Meanwhile, CalPERS, the nation’s largest public pension fund, has struggled with its own imbalanced budgets. “CalPERS has 65 cents for every dollar that it needs to provide pension benefits for almost two million people,” Fox Business recently recalled[4]. “CalPERS pension debt is roughly $164 billion and mostly likely will grow larger in coming years.”

In an effort to come to grips with the problem, the fund reduced its forecasted return on investment from 7.5 to 7 percent. “It has been paying out $5 billion more a year in benefits than it’s receiving in contributions and investment returns, not a sustainable trend,” the Fresno Bee noted[5] in an editorial. “With investment returns averaging 4.6 percent during the past decade, some experts urged CalPERS to reduce its forecast even more.” But that would risk pushing more California cities toward bankruptcy — or toward even higher local taxes.