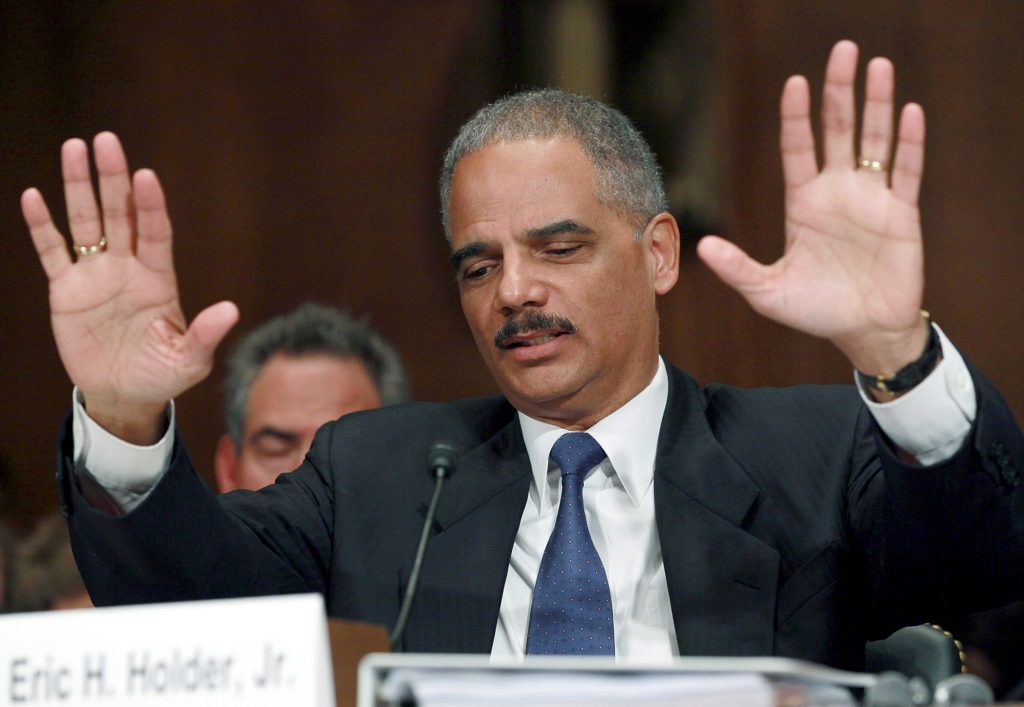 The top two Democrats in the Legislature announced early Wednesday morning that they were hiring former U.S. Attorney General Eric Holder as outside counsel in the ongoing fight with Republican President-elect Donald Trump.

“The Legislature will work with the governor and our next attorney general to protect California’s economy and our sensible policies on climate change, health care, civil rights and immigration,” according to the joint statement, adding that Holder will lead a team of Covington and Burling lawyers to advise the Legislature in its “efforts to resist any attempts to roll back the progress California has made.”

The statement was short on specifics, like the terms of the agreement (including costs), the timing (prior to the swearing ins of both Trump and the presumptive CA attorney general, Xavier Becerra, who, if confirmed by the Legislature, will represent the state) and why the two leaders made the decision between themselves. Spokesmen for both leaders would not comment on these questions.

“It is all about branding and symbolism,” said John J. Pitney, Jr., a Roy P. Crocker professor of politics at Claremont McKenna College. “If Trump does take action on immigration, for instance, there are many qualified lawyers who specialize in that field. No disrespect to Holder, but U.S. attorneys general spend their time managing a bureaucracy, not arguing cases in court.”

Responses from Republicans in the Legislature trickled out throughout the day, with many arguing there are already plenty of problems facing the state that have nothing to do with Trump.

“This is a distraction from the very real problems facing everyday Californians,” said Assembly Republican Leader Chad Mayes, R-Yucca Valley. “Donald Trump did not cause California’s transportation crisis, nor did he play a role in our state’s sky-high housing costs.”

“The Democrat leadership’s hiring of Eric Holder to be a consultant dedicated to obstructing the Trump presidency is a waste of taxpayer dollars,” the Kern County Republican said in a statement. “The Legislature already has immediate access to legal counsel within the Legislature and in the Attorney General’s office.”

The Sacramento Bee[1] reported the contract with Covington and Burling will be initially for three months and the $25,000-per-month legal fee will be split between the Assembly and Senate, while the Los Angeles Times[2], citing legislative aides, reported the funds will “come out of both chambers’ operating budgets and would not require additional state funds.”

Holder was the first sitting member of a presidential cabinet to be held in contempt of Congress, in relation to the investigation into a botched federal law enforcement program, Operation Fast and Furious[3], where federal agents lost about 1,400 firearms, two of which were eventually found at the murder scene of a U.S. border agent.