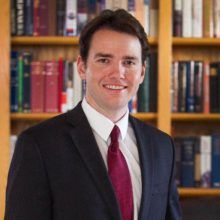 While the Legislature’s hiring[1] of former U.S. Attorney General Eric Holder made headlines on Thursday, the move may violate the state Constitution, according to an California assemblyman.

Assemblyman Kevin Kiley, a Rocklin Republican, asked the California attorney general’s office on Friday whether Holder’s hiring for outside legal work in an impending battle with the incoming Trump administration violates a constitutional clause protecting against cronyism.

“California courts have interpreted the civil service mandate of article VII of forbidding private contracting for services that are of a kind that persons selected through civil service could perform ‘adequately and competently,'” Kiley wrote[2], adding that there are almost 1,600 attorneys and support staff in the Legal Services Division of the state’s AG office.

The hiring of Covington & Burling was another move in an ongoing effort to bolster the state’s defenses against the perceived threat of the incoming Trump administration in areas of immigration, health care and the environment. Kiley argued that defending the state against the federal government is traditionally the role of the state AG.

“In light of these facts, I respectfully ask your legal opinion as to whether the 1,592 attorneys and legal staff at the State Attorney General’s Office can perform ‘adequately and competently’ the legal services for which Covington & Burling has been retained by the Legislature,” Kiley wrote.