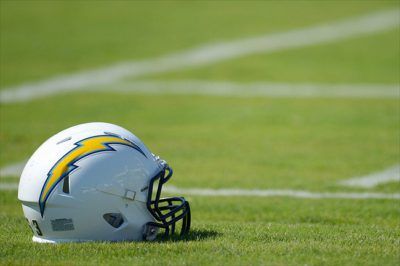 The fate of two of California’s four NFL teams should become much clearer this week. The Chargers have to decide [1]by Sunday, Jan. 15, whether to exercise their option to share a $1.7 billion stadium being built in Inglewood by the Rams or to stay in San Diego despite voters’ sharp rejection of a Nov. 8 ballot measure to use an increase in the hotel room tax to contribute hundreds of millions of public dollars to build a billion-dollar-plus stadium in the city’s lively downtown.

If the Chargers decide to stay put, then as of Jan. 16, the Raiders will have the option to move in with the Rams.

The early 2016 conventional wisdom — bolstered by a seemingly definitive early December leak [2]by Chargers officials to ESPN and by fan anger over the team’s latest bad season — was that the Chargers were sure to move without big taxpayer subsidies for a new stadium. The assumption also was that the Raiders would jump at the chance to go to Los Angeles if the Chargers passed on the opportunity.

The new conventional wisdom, however, suggests there is a fairly good chance the Chargers will remain[3] in San Diego using an aging Qualcomm Stadium in Mission Valley that they despise. It also holds that the Raiders will bolt for Las Vegas, possibly after getting extensions [4]to keep using the Oakland Coliseum for two more years while their Nevada stadium is built.

Fans turned on Rams in first year back in L.A.

The financial appeal of being a second team relocating to Los Angeles lost much of its allure when the Los Angeles Rams’ first season back in town went badly. Fans and sports talk-radio turned on the team as an awful 4-12 season unfolded, leading to tens of thousands of sold but unfilled seats [5]in the Los Angeles Coliseum. Suddenly, the NFL was reminded of the apathy on display when the Rams and Raiders left for St. Louis and Oakland, respectively, in 1994. Unless NFL teams are winners, Los Angeles residents have not been heavily supportive. “Their hearts are with the Dodgers and the Lakers — period,” the late L.A. sportscaster Joe McDonnell liked to say.

There are other financial factors as well. If they moved to Los Angeles, the Chargers would have to pay relocation fees to the other 31 teams totaling either $550 million or $650 million, depending on whether it was a flat payment or a 10-year payment plan. Once there, Rams owner Stan Kroenke would either expect them to pay millions of dollars in annual rent or to contribute heavily to the cost of building the stadium; he might also ask for some of both.

But in San Diego, as a Sunday Union-Tribune analysis [6]noted, the Chargers pay “negative rent.” “From 2006 to 2015, San Diego paid the Chargers $3.2 million for the privilege of playing there, as $25.9 million in rent credits offset $22.7 million in rent,” the analysis noted. The lease is up in 2020, but few expect City Hall to strike a hard bargain if the team remains.

Los Angeles losing its appeal isn’t the problem for Raiders owner Mark Davis that it is for Chargers owner Dean Spanos. Davis has been eyeing a move to Las Vegas for nearly a year and has already trademarked[7] the “Las Vegas Raiders.” The Nevada Legislature has committed to providing $750 million toward a stadium, meaning that if the NFL and the Raiders commit $400 million to $500 million, the funding is firming up for a modern, suite-laden NFL stadium in a booming metropolitan area eager for its first team in the big three of North American pro sports leagues.

As San Jose Mercury-News columnist Tim Kawakami joked after the Raiders ended a strong 12-4 season with a loss in the first round of the playoffs, the team’s future is bright — but it very well might be in Las Vegas[8].