Assemblyman wants to crack down on unpermitted, self-driving vehicles 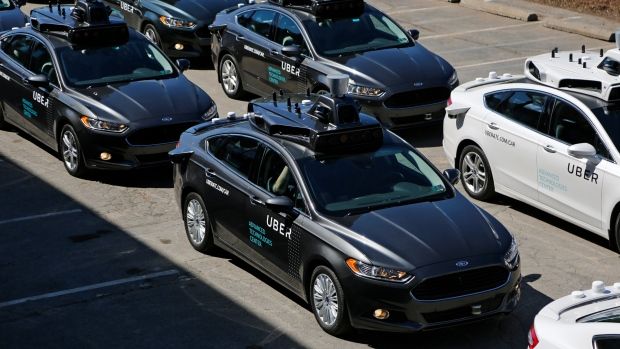 It’s not enough that Uber killed its unpermitted, self-driving-vehicle pilot program in San Francisco just a week after it started; an assemblyman wants to squash any further attempts to test vehicles without a permit as well.

Assemblyman Phil Ting, D-San Francisco, introduced legislation requiring the DMV to revoke registrations for self-driving vehicles in violation of the state’s Autonomous Vehicle Tester Program[1]. The bill is a response to Uber, which last year began testing its vehicles without a permit, even picking up passengers, violating state regulations. And one of the vehicles ran a red light.

Under Ting’s bill, law enforcement would have the authority to impound violating vehicles and the DMV could fine as much as $25,000 per vehicle per day.

“I applaud our innovation economy and all the companies developing autonomous vehicle technology, but no community should face what we did in San Francisco,” Ting said in a statement. “The pursuit of innovation does not include a license to put innocent lives at risk.”

Twenty companies have 130 test vehicles on the road under permits, which cost $150 each. To get permitted, vehicles must be registered and insured. Documentation both certifying the vehicle is for testing only and describing the technology must be provided as well.

Last year, Uber refused to get permits before debuting its pilot program. The DMV revoked the cars’ registrations and offered to expedite permits, but Uber packed up its driver-less car program and moved to Arizona instead.

“We have stopped our self-driving pilot in California, but remain 100 percent committed to our home state and will be redoubling our efforts to develop workable statewide rules,” an Uber spokesperson told CalWatchdog. “Our cars recently departed for Arizona by truck. We’re excited to have the support of Governor (Doug) Ducey.”