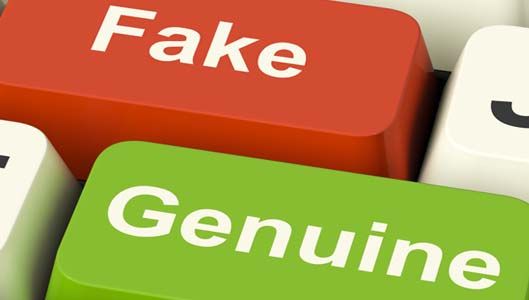 In the wake of a turbulent election season and a disturbing new study on the credulity of many political news consumers, a handful of California legislators have put forward new bills designed to ensure the state’s public schools make students aware that not everything purporting to be factual reportage is as true or unbiased as it seems. Although “fake news” has swiftly become a recognized problem, it has also become a political football — a label with which to swiftly discredit opponents or undermine criticism.

“A bill from Assemblyman Marc Levine, D-San Rafael, will ask the state to adopt high school history curricula based on a recent national intelligence assessment that Russia tried to influence the election by producing fake news and hacking into Democrat Hillary Clinton’s campaign,” the San Jose Mercury News reported[1]. “Another bill, introduced last week by Sen. Bill Dodd, D-Napa, would require schools to teach children ‘media literacy’ — including how to tell the difference between ‘fake news’ and real news.”

“During the final, critical months of the 2016 presidential campaign, 20 top-performing false election stories from hoax websites and hyperpartisan blogs generated 8,711,000 shares, reactions and comments on social media,” SB135 read, according to the paper.

Additionally, lawmakers will consider a companion “fake news” bill, AB155, introduced by Assemblyman Jimmy Gomez, D-Los Angeles, which “would require the state to establish curriculum standards and frameworks to teach ‘civic online reasoning’ to middle- and high-schoolers,” as the Washington Post reported[2].

“Ordinary people once relied on publishers, editors and subject matter experts to vet the information they consumed, but information shared on the internet is disseminated rapidly and often without editorial oversight, making it easier for fake news to reach a large audience,” his bill suggested. “When fake news is repeated, it becomes difficult for the public to discern what’s real,” Gomez said in a statement, according to the paper. “These attempts to mislead readers,” he warned, “pose a direct threat to our democracy.”

From bias to ignorance

The line has blurred in recent years between factual reporting and deliberately misleading or partial content, with partisans on opposite ends of the ideological divide hurling contending accusations. In addition to fears that outside propaganda could impact voting patterns at home, the credibility of both mainstream and alternative outlets — online and off — has come under question.

So too has the responsiveness of American schools and universities to the problem and its sources, which reach deeper than partisan preferences or agendas. “In November, a Stanford University study found that 82 percent of high school students surveyed could not distinguish between a reported news story and an advertisement,” the Guardian observed[3]. “During last year’s election, rumors and false reports spread widely, and in the aftermath of the vote partisans began to accuse each other of propagating ‘fake news.'” In introducing his legislation, Gomez invoked the Stanford report as reason for action:

“President Barack Obama and President-elect Donald Trump have both denounced ‘fake news’ in recent weeks, to different purposes. In November, Obama warned that democracies would be threatened by the spread of misinformation and false reports, and by the discrediting of once trusted news sources. This week, Trump seized on the phrase ‘fake news’ to characterize unsubstantiated allegations about him, blaming BuzzFeed and CNN in particular.”

The debate over what counts as fake news, and who gets to decide, has helped ensure that California’s new bills won’t sail through the Legislature without at least some criticism. State Sen. John Moorlach, R-Costa Mesa, for instance, called Levine’s bill “petty” and “showmanship.”

“I’d just be happy if we taught kids how to read and write and do arithmetic,” he told the Mercury News.