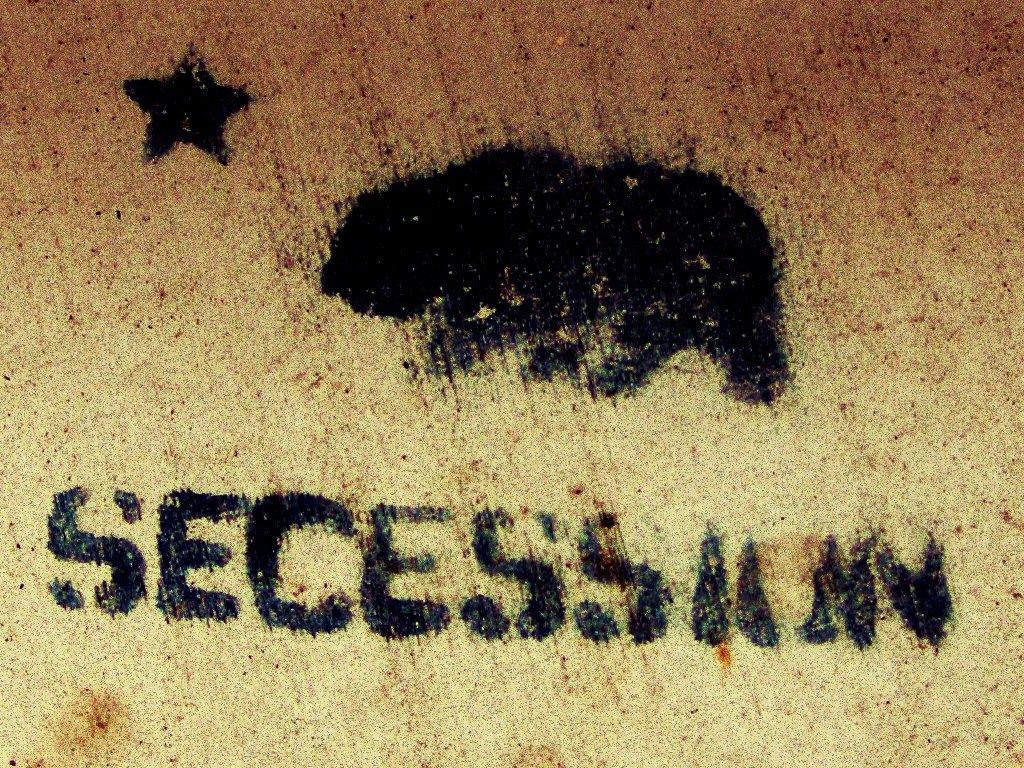 More Californians — but slightly fewer Americans — would support the Golden State’s withdrawal from the Union, according to a new poll feeding attention around a nascent movement to achieve a lawful, peaceful secession.

“About 32 percent of Californians want to create their own country, a new Reuters/Ipsos poll found, including many Democrats who are frustrated with the election of President Trump,” the Hill reported[1]. “Pollsters surveyed 500 Californians between Dec. 6 and Jan. 19. Nationally, 22 percent of respondents favor secession, they found” — a figure, like the California number, sure to have included some people with federalist or libertarian interests in seeing a discussion over the state’s status change.

“Still, half of Californians opposed the idea,” the Los Angeles Times reported[2], “though Democrats were more inclined to support it than Republicans. The survey found that 60 percent of Republicans gave the idea of peacefully seceding a thumbs down compared with 48 percent of Democrats and 50 percent of independents.”

In 2014, 24 percent of respondents nationwide were found to be amenable to California secession. But in-state, the new percentage represented a big jump. “The 32 percent support rate is sharply higher than the last time the poll asked Californians about secession, in 2014, when one-in-five or 20 percent favored it around the time Scotland held its independence referendum and voted to remain in the United Kingdom,” Newsmax noted[3].

Although peaceful secession has long been confined to the realm of political fantasy, California’s perceived increased deviation from broader political trends nationwide has helped ensure the scheme a prominent place in the popular imagination and the press. “Even though California is the most populous state in the union and has the sixth-largest economy in the world, secession would be, realistically speaking, very difficult,” as the San Francisco Chronicle noted[4]. “Two-thirds of Congress and three-quarters of U.S. states (at least 38) would need to approve of the creation of an amendment that would allow for the legality of the state’s withdrawal.” But California Democrats, leery of losing ground on several fronts, have taken advantage of the state’s big popular vote margin in favor of Hillary Clinton to promise a continuation of their hallmark policies.

“It may not be ‘Calexit’ — the name of a decidedly quixotic campaign for California to withdraw from the union — but it is turning into what is, for all intents and purposes, a slow-motion secession,” the New York Times suggested[5]. “California is becoming to Mr. Trump what Texas — which is as Republican as California is Democratic — was to President Obama: a sea of defiance and a potential source of unending legal and legislative challenges.” On the other hand, “it will be difficult for California to promote the kind of spending program[s] lawmakers want to make up for cuts in Washington, particularly on health care,” the Times observed, complicating the rosy picture summoned by secessionist leaders of a prosperous march to the beat of the state’s own drum.

For members of Yes California, the quixotic group working hardest toward secession, the increased popularity of a break with the union came as welcome news that seemed to square with their expectations. “We always thought that if we just connected with the people who thought about this, but didn’t tell their friends and family because they would be seen as kooky and weird, that the quiet population would become vocal,” as Marcus Evans, vice president of Yes California, told[6] the Sacramento Bee.

Nevertheless, growing support could be largely symbolic — a familiar way of expressing dissatisfaction with national politics. “California isn’t the only state which has flirted with abandoning the U.S.,” as HotAir pointed[7] out. “Prior to the election, Public Policy Polling, which often asks gag questions intended to embarrass Republicans, found that 40 percent of Texans would consider secession if Clinton won the election.”