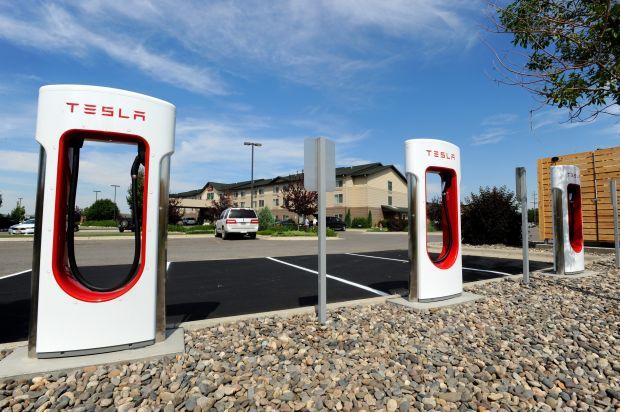 California’s utility companies have unveiled a plan to allocate $1 billion to a statewide charging station program, designed to meet the state’s rigorous emissions standards and extend the reach of electric and hybrid vehicles throughout the state.

“Three major California utility companies are following the lead of the state’s clean transportation and emission-reduction goals by offering multiple programs to promote EV adoption by citizens and deployment by public and private agencies,” Digital Trends reported[1]. “California Electric Transportation Coalition members Pacific Gas and Electric Company, Southern California Edison and San Diego Gas & Electric submitted applications to the California Public Utilities Commission for a variety of significant programs. All of the programs are aimed at moving the state closer to its zero-emissions vehicle goals.”

Keeping up with change

But environmentalist plans have not been the only driver of the state’s broad push toward more alternative energy-fueled transportation. Driverless vehicle technology, which could soon transform the business models of shipping and automotive companies, pairs naturally with zero-emissions technology. But the regulatory landscape, even in California, has not changed as swiftly as technological advances have progressed.

“The overall goal is to facilitate the addition of tens of thousands of plug-in vehicle chargers at homes and businesses across the state, while further spurring the adoption of electric vehicles, particularly as a replacement to gas- or diesel-powered delivery trucks or buses,” Autoblog noted[2]. “As it is, California accounts for almost 12,000 of the approximately 40,000 publicly accessible plug-in charging outlets in the country, according to the U.S. Department of Energy.”

In pushing for an all-in approach to rechargeable technology, California’s utilities sharpened a two-prong approach to the opportunities and challenges facing the state on alternative energy. While the widespread use of charging stations could help swiftly drive Californians toward the economic lead in new transportation infrastructure, utilities officials have also focused in recent years on trying to achieve a breakthrough in the stubborn problem of scaling up battery storage to meet state needs.

State engineers, the New York Times recently reported[3], “brought three energy-storage sites close to completion to begin serving the Southern California electric grid within the next month. They are made up of thousands of oversize versions of the lithium-ion batteries now widely used in smartphones, laptop computers and other digital devices.”

“One of the installations, at a San Diego Gas & Electric operations center surrounded by industrial parks in Escondido, Calif., 30 miles north of San Diego, will be the largest of its kind in the world, developers say. It represents the most crucial test yet of an energy-storage technology that many experts see as fundamental to a clean-energy future. Here, about 130 miles southeast of Aliso Canyon, the site of the immense gas leak in 2015 — the global-warming equivalent of operating about 1.7 million cars over the course of a year — 19,000 battery modules the size of a kitchen drawer are being wired together in racks. They will operate out of two dozen beige, 640-square-foot trailers.”

What’s more, the paper noted, former longtime state energy policy czar Susan Kennedy has been “keeping a close eye on the Southern California battery efforts,” although the energy storage startup she now runs did not participate in the Aliso Canyon project.

Beyond environmental or technological justifications for its new charging station plans, California’s utilities have simple self-interest in play as well. “The utility industry is looking to electric car-charging as one of the few areas of growth as the increased use of rooftop solar panels and energy-efficient appliances weakens power sales,” Automotive News observed. “Last month, regulators approved a scaled-down version of PG&E’s plan to invest in charging stations.”