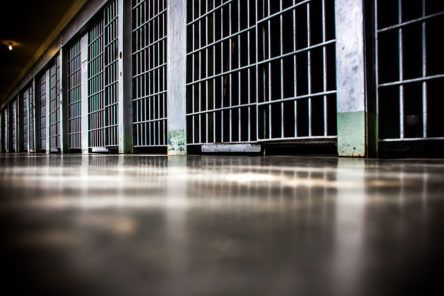 The proposition won easy approval despite harsh criticism from district attorneys around the state. The measure writes into the state Constitution guarantees that those convicted of “nonviolent crimes” can be eligible for early parole if they behave well and take part in rehabilitation programs.

But the measure was crafted rapidly in what critics likened to the judicial version of “gut and amend,” transforming what was originally meant to be a ballot initiative reforming juvenile justice into an expansive measure with far-reaching reform goals. The revision was approved[1] by the California Supreme Court despite a stinging dissent from Justice Ming W. Chin who said failure to subject the measure to normal thorough reviews set a poor precedent and made it more likely to be poorly drafted.

Chin’s point was underscored when it came to the public’s attention through the Brock Turner case [2]in Stanford that under Proposition 57, the former college athlete’s sexually molesting an unconscious female student was considered a “nonviolent” crime — among many sex crimes considered “nonviolent” because of Prop. 57’s reliance on crime category labeling dating back to 1976.

The governor’s counter was that the state Department of Corrections and Rehabilitation would never prematurely parole someone guilty of a violent sex crime. But many state lawmakers aren’t persuaded, especially given the corrections agency’s history of scandals[3] and problems.

Sen. Patricia Bates, R-Laguna Niguel, wants protections against possible early release of sex criminals and other violent felons written into law[4]. She told the Los Angeles Times she is pushing a bill with that goal in hopes of sparking a public debate on what crimes should be added to the list of those technically considered “violent” by the state, starting with violence against children and police officers.

“If you put yourself in the position of a victim in any one of those crimes, you will say, ‘That was violent because that affected me physically and emotionally,’” Bates told the Times.

Assemblyman Kevin Kiley, R-Roseville, wants cruelty to animals, crimes targeting older people and the kidnapping of children with the intent of using them as prostitutes added to the list.

There is also likely to be interest in adding assault on a domestic partner to the list.

Brown has dismissed criticism of Prop. 57 in his public comments. But the 2017-18 budget Brown released in January contains a de facto response to critics. It explicitly noted that sex offenders would not be considered for early parole.

That’s still not good enough for many district attorneys, who say parole decisions can be challenged in court because of Prop. 57’s language.

Unless Prop. 57 is revised before the 2018 gubernatorial campaign revs up, it is likely to be an issue in that race.