Pentagon may renew push to close some California bases 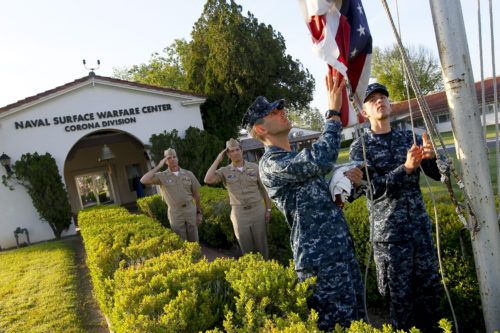 Squeezed by the 2011 budget sequester, the Pentagon is eager to launch the Base Realignment and Closure (BRAC) process for the sixth time to close down thousands of facilities it says it no longer needs — freeing up billions of dollars in funding.

This could be bad news for California, which has 322 military installations pumping billions of dollars into the local economy around the Golden State. Eighteen of the bases are classified as large, triple the number of any other state.

While the Defense Department’s call for BRAC cuts have been routinely rebuffed by Congress since the 2005 round, this time it’s getting a friendlier reception. Rep. Adam Smith, D-Washington, the ranking Democrat on the House Armed Services Committee, said last week that he supported another round of BRAC cuts in 2018 and had introduced[1] the Military Infrastructure Consolidation and Efficiency Act toward that end.

The ranking Republican and Democrat on the Senate Armed Services Committee — John McCain of Arizona and Jack Reed of Rhode Island, respectively — appeared ready to back a new BRAC if the idea was supported by new Defense Secretary James Mattis, who wants to target Pentagon waste but has not weighed in to date specifically about BRAC.

According to a Pentagon report[2] to Congress last April, military leaders believe they could close 22 percent of all bases with no loss in defense capabilities.

Pentagon officials want to make sure the commission that designates bases for closure after receiving a list of recommendations from the various armed services is truly independent. The 2005 BRAC was considered a success by then-Gov. Arnold Schwarzenegger and other California officials because the Golden State escaped any major hits. But it was seen as a disaster by the Defense Department because political interference sharply reduced savings from closings.

Pentagon has targeted Norco base before

If the BRAC process is revived, the Naval Surface Warfare Center in Norco, shown above in a 2011 U.S. Navy photo, could be the California facility that is most at risk. The center, which employs more than 1,200 people and generates $150 million annually for the local economy, has been targeted for closure repeatedly by the Pentagon, most recently in 2005, only to win reprieves from the BRAC commission.

The possibility of a new BRAC round was seen as big news[3] in San Diego County, home to the largest concentration of military personnel in the United States.

But while the county could have to deal with losing some facilities, it also has a chance to benefit from BRAC. The Washington Times reported in 2012[4] that Navy officials were interested in consolidating operations by moving warships from Washington state to San Diego. The need for such consolidations remains huge[5], according to former Defense Secretary Leon Panetta.

The base-closing process was launched by the Reagan administration and Congress in the late 1980s as the Cold War wound down and the threat posed by the Soviet Union waned.