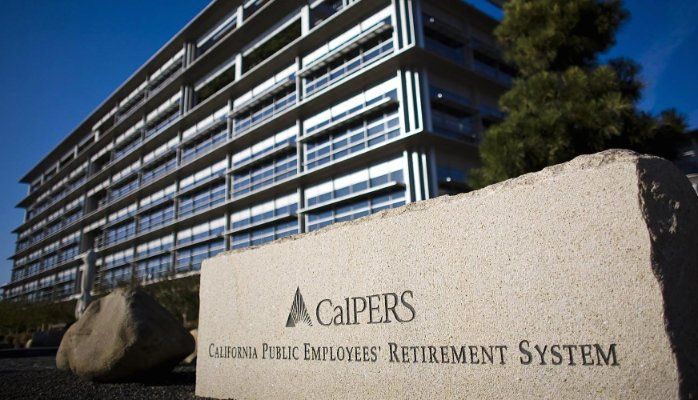 In a shock critics had warned against, Golden State schools discovered that their nation’s largest pension system, CalPERS, was on track to force substantial budgetary cutbacks on core education spending.

“Public schools around California are bracing for a crisis driven by skyrocketing worker pension costs that are expected to force districts to divert billions of dollars from classrooms into retirement accounts, education officials said,” the San Francisco Chronicle reported[1]. “The depth of the funding gap became clear to district leaders when they returned from the holiday break: What they contribute to the California Public Employees’ Retirement System, known as CalPERS, will likely double within six years, according to state estimates.”

“In academic performance — as measured by the 2015 National Assessment of Educational Progress test and by poverty figures — California earned a D-plus. But in improvement over time, the state posted a C. In equity, California scored a relatively high B-minus — but that was still 41st in the nation, and below the national average of a B.”

A spokesman for California Superintendent of Public Instruction Tom Torlakson called the data behind the survey “outdated,” the Mercury News added, although it was no older in California’s case than any other state. “California is moving in a positive direction,” the spokesman insisted. “We’ve dramatically increased our investment in education.”

But that investment, according to new estimates, has been placed at risk of being consumed by pension costs. “There is a predicted shortfall among all state retirement accounts of at least $230 billion based on what’s owed to current and future retirees. The pension funds, including CalPERS, haven’t made as much money from the stock market and other investments as they had hoped,” the Chronicle noted. “CalPERS officials had hoped to gain a 7.5 percent annual return on investments, but they didn’t come close in either of the last two years.”

Despite optimistic predictions, underperformance has been a constant for the fund: “Over the last 20 years investment returns averaged only 6.9 percent, with the current annual return bringing in only 2.3 percent,” Pepperdine professor Joel Fox observed[3] in the Orange County Register. “Facing market realities, the board lowered the estimate to 7 percent, a mark that still may be unattainable.”

“For taxpayers, the number change likely means more dollars from state and local government budgets will be directed to cover pension liabilities and less will be available to meet services supplied by government. The city of Los Angeles already dedicates 20 percent of its budget for pension obligations, Anaheim 13 percent, Long Beach 11 percent and San Jose as high as 27 percent.”

At the same time, school districts have howled over the additional adverse impact of the state’s other pension liabilities. “In 2014, the Legislature adopted Assembly Bill 1469, which seeks to pay down CalSTRS underfunding over about 30 years by relatively small increases in contributions from teachers and the state, and by increasing school districts’ contributions over seven years by 10.85 percent,” former Piedmont USD Board of Education member Richard Raushenbush wrote[4] in the East Bay Times. “In 2020, school districts’ CalSTRS contributions will be 19.1 percent of teacher payroll!”

“This is not sustainable. School districts are funded by the public to provide free public education; they do not make profits that can be devoted to paying off the Legislature’s CalSTRS debt. The Legislature did not provide any new funds to pay the significant CalSTRS’ increases.”