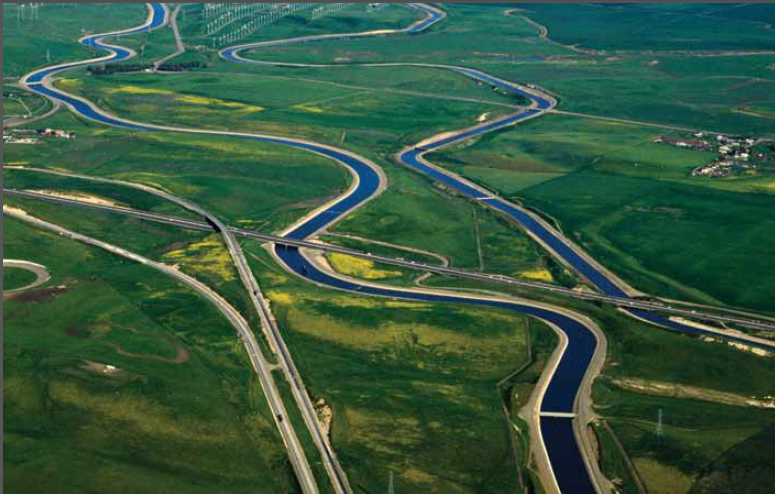 Drought-busting levels of rain and snow have put pressure to lift emergency restrictions on usage, but California regulators declined to ease up on the longstanding curbs.

“Amid the ongoing succession of storms, water managers up and down the state are urging regulators in Sacramento to permanently cancel historic, emergency drought rules that have been in place for 18 months,” U-T San Diego reported[1] late last month. “It’s an escalation of their ongoing opposition to these restrictions, which already have been eased considerably since homeowners and businesses were first forced to cut consumption by a statewide average of 25 percent. California doesn’t have an official definition for statewide drought, leaving it up to the governor’s discretion on when to announce an end to that designation.”

But in a new report, the State Water Resources Control Board insisted that the drought’s persistent impact had to be mitigated further before any changes could be considered. “Some reservoirs remain critically low and groundwater storage remains depleted in many areas due to the continued impact of prolonged drought,” they concluded, according[2] to the Sacramento Bee. “Precipitation cannot be counted on to continue, and snowpack levels, while above average for the current time of year, are subject to rapid reductions as seen in 2016 and before.” While the extraordinary rules imposed to conserve water were on track to expire at the end of this month, the board planned to extend them 270 days into the future.

The caution struck a contrast to the swiftness of California’s transformation from dry to wet. “According to the U.S. drought monitor website,” HotAir noted[3], “there are no areas of exceptional drought left in the state.” Updated data, the site observed, “indicates that one year ago 64 percent of the state was considered to be under either extreme or exceptional drought conditions, the two highest categories. Now, largely thanks to the storms over the past month, that figure has dropped to 2 percent.”

Water districts have now had to scramble to figure out how to store what could be excess water if the new trends continue. Although the pathway to new storage initiatives has been cleared and funded, the state’s bureaucratic process will add extra time. “In 2014, voters approved a $7.5 billion water bond, including $2.7 billion for storage projects, to provide funding to water projects and programs throughout the state,” KXTV recalled[4]. “Since then, government agencies across the state have been developing the process for accepting proposals.” This month, the station added, “the Water Commission will consider bids on numerous water storage projects across the state.”

And milder drought conditions have persisted. “Overall, the monitor … showed 51 percent of California remains in some form of drought, but that’s down from just over 57 percent last week and compares with 81 percent three months ago,” CNBC reported[5]. And in a twist adding an unexpected layer of politics to the fraught question of resource management in the most beleaguered parts of the state, some Central Valley water officials became the focus of a misspending scandal. “An irrigation district in Central California’s prime farming region gave its employees free housing, interest-free loans and credit cards that the workers used to buy tickets for concerts and professional sports games, possibly breaking the law,” said state officials according[6] to NBC Bay Area. “Employees at Panoche Water District based in Firebaugh used the credit cards to buy season tickets to Raiders and Oakland A’s games and attend a Katy Perry concert, officials said.”

Meanwhile, Gov. Jerry Brown has kept a focus on what regulatory framework will persist even after all drought conditions have been adequately mitigated. “Brown has asked the state agency to design new conservation rules for water districts that will stay in place regardless of whether California is in drought,” according[7] to U-T San Diego. “In the long run, the governor and state regulators are moving forward with their plan to establish permanent usage budgets tailored to each water district, as well as a suite of other regulations governing water consumption. The new rules are expected to include caps for both indoor use and outdoor water use, taking into consideration differences in weather patterns and other factors from one geographic region to another.”