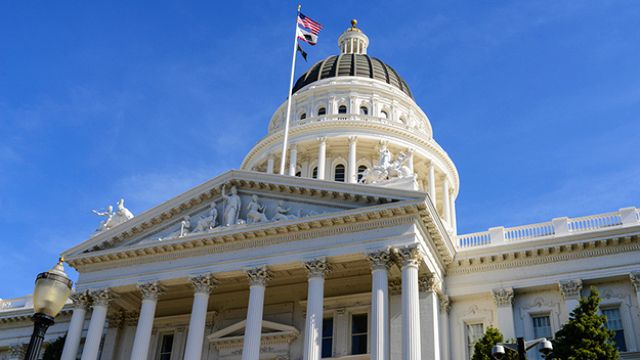 Some Californians have long complained of their state’s status as a so-called “donor state” — one that sends more money to Washington than it receives. But as political tensions with the White House have heated up, and some federal funding put in play, at least rhetorically, analysts have crunched the numbers, shedding fresh light on the relationship between Sacramento and the nation’s capital.

California’s Legislative Analyst’s Office, an independent body, “has pored over the data to calculate a number that is the monetary essence of California’s relationship with the United States,” the Los Angeles Times noted. “And what a number it is: The federal government spends some $367.8 billion a year on California. That’s an average of about $9,500 for every woman, man and child in the state.”

“In truth, the money isn’t spread out evenly. About 56 cents of every federal dollar spent in California, according to the analysis, goes to health or retirement benefits — Social Security, Medicare and money for low-income residents’ health care through the Medi-Cal program. Defense contracts are the next biggest slice of the pie, followed by paychecks to military and civilian government employees. From there, federal spending gets sprinkled among a number of programs run by the state government.”

The question of what Californians put in, however, has grown complicated over time. “Part of the difficulty stems from the tangled web of money that flows between individuals, the state and the federal government,” as the New York Times observed[1]. “Perhaps the most cited figure comes from the Tax Foundation, a conservative group that found Californians got back about 78 cents in services per federal tax dollar paid in 2005. Other tallies have been higher: between 91 cents and $1.06 on the dollar, according to the Times.

Although the widening political gulf between the White House and leading California Democrats spurred the interest in recalculating what taxpayers receive, experts have cautioned that even a battle of wills with Washington won’t likely result in a freeze on federal cash. “Key court decisions restrain the federal government’s ability to put coercive strings on funding,” the Sacramento Bee recalled[2]. “Some Republican as well as all Democratic lawmakers would object on behalf of their California constituents. And with upward of $67 billion in federal grants being funneled to the state annually, picking and choosing would quickly get complicated.”

“The Supreme Court, for one, has at times been skeptical about the federal government attaching conditions to funding. In a much-discussed 2012 decision on the Affordable Care Act, Chief Justice John Roberts Jr. wrote that the law had gone too far when it effectively threatened states with losing federal Medicaid funding if they didn’t expand their Medicaid programs to low-income adults.”

At the same time, however, the prospect of additional federal grants in at least one controversial area have come under attack from within the state itself. “In a letter to Transportation Secretary Elaine Chao, California’s 14 Republican members of Congress asked that the administration block $650 million in federal grants the state wants to use to electrify a portion of commuter rail that runs between San Francisco and San Jose,” The Hill reported[3]. “Republicans said the money, which would come on top of more than $3.5 billion in federal funding already granted for construction costs, would be wasted.”

“The Obama administration provided billions in grant funding through the 2009 stimulus package and an omnibus appropriations measure in 2010,” the site noted. “California voters approved a nearly $10 billion bond to fund the project in 2008. But since the high-speed rail system was first proposed, costs have ballooned, from about $33 billion to more than $60 billion.”

Republicans have also eyed another place to pare back politicized funds. “Rep. Duncan Hunter, R-Alpine, won’t request federal funds in the coming fiscal year for states, cities and universities that have a policy to not comply with enforcement of federal immigration laws,” according to a statement cited[4] by the Los Angeles Times.