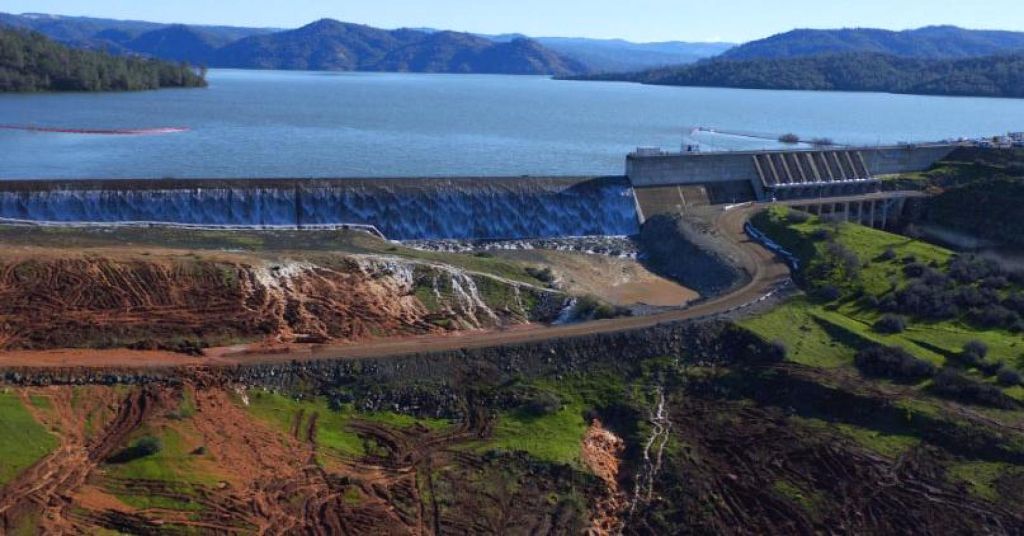 SACRAMENTO – A Sacramento Bee story published Monday[1] succinctly described the disaster unfolding at the nation’s tallest dam, where flaws in the Oroville Dam’s concrete spillway are forcing water onto the earthen emergency spillway. Threats of a spillway collapse led to mandatory evacuations throughout Butte, Yuba and Sutter counties Sunday.

“Oroville Dam contains a flaw, some critics assert, one that could damage the structure during a major flood and threaten downstream communities,” according to the Bee[2]. “That flaw is the dam’s emergency spillway, which empties onto a bare dirt hillside adjacent to the earthen-fill dam.” The torrent of water could erode the unprotected hillside, undermine the emergency spillway’s foundation and lead to a catastrophic failure.

The amazing thing is that the news report was first published[3] Nov. 27, 2005. The Bee’s Monday publication was a reprint, given the relevance of the report nearly a dozen years later. It provides necessary context after another news organization revealed that three environmental groups at the time had urged state and federal officials to line the emergency spillway with concrete to avoid the kind of problems on display this week.

A dozen years ago, the dam was going through a 50-year relicensing process with the Federal Energy Regulatory Commission. The Friends of the River, the Sierra Club and the South Yuba Citizens League argued in their filings that the 1960s-era dam “did not meet modern safety standards because in the event of extreme rain and flooding, fast-rising water would overwhelm the main concrete spillway” and threaten flooding in communities down river, according to the Mercury News[4], which broke the story this week.

State and federal officials brushed off the suggestion at the time, arguing that the likelihood of such an event was slim and that it would be too costly to complete those improvements. The dam received its relicensing and the matter faded away. State water officials have been consumed more by drought issues than flood possibilities in the ensuing dozen years. But given the accuracy of the environmental groups’ predictions[5], it’s worth taking a deeper look at what happened.

At a news conference near Lake Oroville Monday[6], “the state’s top water officials brushed aside questions” about that old report and didn’t address assurances from a top state water official in 2005 that “(o)ur facilities, including the spillway, are safe during any conceivable flood event,” according to the latest Bee report.

The news story[7] revealed another troubling piece of the puzzle: Congress had authorized the construction of a smaller dam on the Yuba River near Marysville, which is down river from Oroville. The Oroville Dam’s operating plan was predicated, in part, on the construction of this other dam, which would take pressure off the larger facility. But it was never built. In the view of critics, this serves as a touchstone for much that is wrong with California’s water policy.

Former Assemblyman Tim Donnelly, a Republican from San Bernardino County, criticized Gov. Jerry Brown for spending so much time defying the new Trump administration[8] “that it forgot to do the things government is supposed to do, like maintain infrastructure.” The seven years of drought that preceded this rainy season, he added, would have been an ideal time to fix decrepit levees and dams but the Brown administration was more focused on building a $68-billion high-speed rail line, dealing with immigration issues and boosting public-employee compensation.

That’s a harsh assessment[9], but there’s much evidence to support the theory of ongoing state neglect. There are available water-bond funds, yet the state government has been lackadaisical at best about spending them. Many of its priorities are about environmental restoration rather than dam protection and there’s been little appetite in the Capitol to build new storage facilities.

Indeed, the governor has been more focused on removing dams on the Klamath River near the Oregon border than on shoring up the linchpin of the State Water Project – the system of levees and dams that directs water from the Sacramento Valley southward.

The Brown administration, which had vowed to fight against Donald Trump on his climate, immigration and other policies, nevertheless asked the president Friday to declare parts of California a disaster area[10], thus opening up a floodgate of federal aid. But there are other federal policies that the Trump administration could consider that would help protect residents living within the shadow of Oroville and other California dams.

For instance, current mortgage rules regarding flood insurance discourage people who live in the shadow of large dams from purchasing flood insurance policies[11]. Federal lending rules require such insurance for owners of property in flood plains, but flood-protection systems such as dams and levees usually remove the floodplain designation from those areas. Without pressure from mortgage companies, owners typically avoid the insurance, figuring there’s little chance of a dam failure.

“Properties that would be designated as located within a flood plain but for a flood protection system like dams and levees – residual risk areas – should be subject to the mandatory purchase requirement,” argues the SmarterSafer Coalition[12], which includes the R Street Institute, in a recent study analyzing the federal flood insurance program. Those areas would, of course, have rates that “clearly reflect the decreased risk the properties face as a result of the dam or levee.”

Such an insurance system wouldn’t ensure that state and federal authorities repair their dams and levees in a timely manner, but it would offer a level of economic protection for people who are now sitting in motel rooms, watching the news and wondering whether they’ll have anything left if the Oroville Dam spillway gives way. Furthermore, it would protect taxpayers[13], who typically pay for the aid after a natural disaster strikes.

For now, watching and waiting is all that most Northern California residents can do. Once the crisis passes, there will be intense pressure on the state government to make repairs to Oroville Dam[14] and others across the state. But news reports make clear that state officials were warned about the very problems now unfolding.