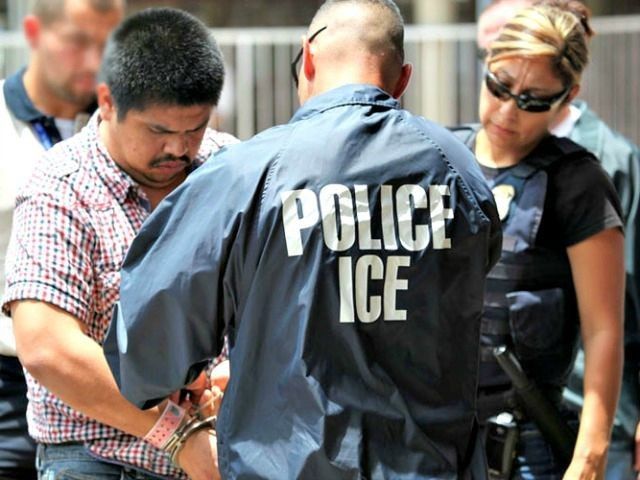 New Immigration and Customs Enforcement raids have rolled out across Southern California, roiling state officials and triggering rumors of broader actions. But though the Trump administration has focused on expanding the scope and strength of enforcement, the current raids trace back to planning conducted at the tail end of President Obama’s term in office.

“Immigration arrests across Southern California over the past week were planned before President Trump took office and could be compared to similar operations the occurred last summer, an Immigration and Customs Enforcement official said,” Fox News noted[1]. “A decade ago, immigration officers searching for specific individuals would often arrest others found along the way, a practice that drew criticism from advocates. Under the Obama administration, agents also carried out arrests but focused more narrowly on specific individuals.”

But while California Democrats have felt more uncertainty and anxiety around immigration in the early days of the Trump administration, they have also felt a greater latitude to object to federal enforcement. “Democrats have complained about getting little or conflicting information about who was targeted in the raids that have panicked many in the immigrant community,” the Los Angeles Times reported[2]. “Democrats in Congress say Immigration and Customs Enforcement officials told them Thursday the agency plans to employ a broader brush in making immigration arrests, armed with a new executive order from President Trump. Democrats and Republicans in House leadership met in a closed-door meeting with Acting ICE Director Thomas Homan to talk about last week’s immigration raids in Los Angeles and other cities, which netted nearly 700 people across the country last week.”

Fraught nerves have spread throughout areas of the state where support for so-called sanctuary cities, and opposition to the new administration, is high. “Rumors that U.S. Immigration and Customs Enforcement is rounding up undocumented residents throughout the Bay Area are just that — rumors, according to a spokesman for the federal agency,” according[3] to the San Jose Mercury News. “One of those rumors resulted in an ‘urgent notification’ Tuesday to parents of students at a charter school in San Jose, said James Schwab, a spokesman for the federal agency. Similar rumors have circulated in El Cerrito, Oakland, Richmond and San Pablo. All of them have been false, Schwab said.”

But confusion has persisted, and not only in California, over exactly how ICE has altered its approach to the current round of enforcement. “Under Obama, ICE agents mainly picked up what they called criminal aliens from jails around the country. But with this operation, you’re seeing these immigration agents fanning out into streets and neighborhoods,” John Burnett reported[4] from Texas on NPR. “And that’s what left people so alarmed. I spoke with the Mexican consul here in Austin, Carlos Gonzalez, earlier today. The numbers he gave me was he says 49 Mexican nationals were picked up Thursday, Friday and today. He said that’s a significant increase over the usual apprehensions of undocumenteds here in Austin. And, of course, that doesn’t even include Central Americans or other nationalities that would’ve been picked up.”

The Obama administration’s official trigger for action, a so-called “threat to the community,” was not always applied by ICE this time around. Jorge-Mario Cabrera, communications director for the Coalition for Humane Immigrant Rights of Los Angeles, told[5] LA Weekly that an unofficial “sense of respect for families and immigrants” was “not always respected” by the previous administration, but did color its approach to enforcement and deportation. ICE senior spokeswoman Virginia C. Kice, told the paper the current actions were consistent with past practices. “Kice points to a series of targeted enforcement actions taken under the Obama administration in 2011, 2012, 2013 and 2015, which netted 10 to nearly 20 times as many arrests as occurred last week,” the Weekly noted.