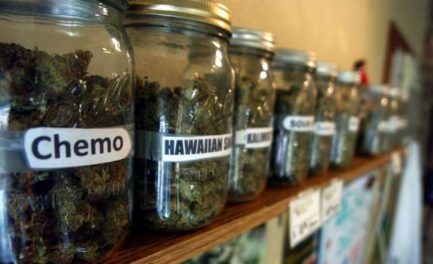 Proposition 64’s[1] easy passage Nov. 8 was assured in part by promises to voters that the state government was up to the challenge of regulating and overseeing marijuana’s legalization in California. But three months since Prop. 64’s landslide victory, critics who doubt that claim have become more and prominent.

State Sen. Holly Mitchell, D-Los Angeles, won headlines[2] last week for her pointed questions about whether the state will be able to meet its requirement of issuing marijuana sales permits and establishing a system to implement the 15 percent state tax on pot sales by Jan. 1, 2018, as it is supposed to under Proposition 64.

The primary immediate problem is uncertainty about what the Trump administration will do, if anything, to push back on the eight states[3] that have legalized marijuana. The Obama administration for the most part stayed out of the way of states that liberalized pot rules.

If President Trump – who made controversial warnings about worsening crime a hallmark of his campaign – wanted to crack down, he has potent options. Federal law still considers marijuana possession a crime and still bans banks and credit unions from taking deposits made from marijuana sales. In Colorado –  home to what is so far the biggest state experiment in pot legalization – some banks appear to be looking the other way[4] or having a “don’t ask, don’t tell” policy about pot dispensary deposits. Others permit marijuana companies to use their accounts to pay state taxes or employees but not to have the full range of banking services.

If Trump’s Treasury Department ordered stricter enforcement targeting all drug money in the financial system, that could make it far more difficult for California to meet its Jan. 1 target under Proposition 64.

The LAO was not just talking about the federal government. At the local government level, some cities and counties are implementing rules to block what they call the “normalization” of pot use.

There’s now a new front in their war on Proposition 64 that goes beyond using zoning regulations to make it difficult or impossible [6]for pot shops to open: private cultivation.

Proposition 64 allows residents older than 21 to grow up to six marijuana plants at a time. It allows local government to pass rules on pot cultivation so long as they don’t create such obstacles that they create a “de facto ban,” according to Sacramento attorney Richard Miadich, who helped write the proposition.

Other cities are putting up obstacles by requiring costly permits and setting conditions on growing. The list includes three cities in the Coachella Valley – Indian Wells, Rancho Mirage and Palm Desert.

Indian Wells has the strictest rules[7]. The city requires home growers to pay a $141 annual fee and to pay for a government background check to prove they have not been convicted of a drug felony in the previous five years. It also requires permit holders to allow city inspectors access to their homes and mandates that pot can only be grown in locked rooms with adequate ventilation.

If that’s so, many local laws could be at risk. Fontana will charge $411 for an individual permit. Leaders in Fillmore, a town in Ventura County, discussed [9]having individual permits cost as much as $737.

In Orange County, Aliso Viejo and San Juan Capistrano have adopted ordinances requiring permits for indoor cultivation. But they have not yet set[10] how much the permits will cost.

These concerns about local crackdowns on marijuana and a potential federal crackdown have created uncertainty about what Proposition 64 will look live in five to 10 years, after lawsuits are settled and private cultivation becomes more common.

There are striking differences[11] in the expectations of two state agencies. The Department of Consumer Affairs predicts 6,000 pot shops will eventually open while the Board of Equalization only expects 1,700.