SACRAMENTO – The Oroville Dam’s near disaster[1] has ignited a long-overdue debate about the condition of California’s infrastructure, and the need for additional investments in its creaky system of dams, levees, freeways, bridges and schools. Democrats and Republicans agree on the seriousness of the infrastructure backlog, although they differ over how best to pay for it.

The prime means the state uses to pay for such capital investments is through the bond[2] process. State bonds don’t directly raise taxes, but the bond payments come out of the general fund. So increases in bond spending nudge out other types of spending, and lead to pressure to increase taxes to make the payments. By contrast, local bonds directly impose new tax commitments on property owners.

While supporters of individual bond measures argue over the specific merits of each proposed measure, both sides often ignore this crucial question: How efficiently do current bonds achieve the goals promised in the measures? California voters approve an overwhelming majority of the bond initiatives[3] placed before them on the ballot, but too often there’s little attention paid to how the authorized funds actually are spent.

The state’s independent watchdog agency, the Little Hoover Commission, last week released a report[4] that reinforces that point. In the past decade, voters have approved $70 billion in state bonds and more than $138 billion in local school-facilities bonds – numbers that have increased after the state lowered the voter threshold for approval, it explained.

“Spreading the costs of major infrastructure projects across generations makes sense,” the commission’s chairman Pedro Nava added[5]. “But as Californians have put more and more on the tab, a day of reckoning will arrive.” The commission cautions that these payments on the debt service will remain after the next recession hits and called for a re-evaluation of “whether current oversight mechanisms are enough to ensure both state and local bond proceeds are spent as efficiently as possible and as voters intended.”

The commission[6] had produced a similar report in 2009, where it called for greater oversight and transparency specifically for natural-resources bonds. It noted that 23 departments in the state Natural Resources Agency administer 16,000 projects, so it’s a Herculean task to try to oversee and track the billions of dollars in spending.

Regarding statewide bond measures, it called for the creation of bond-oversight committees in both houses of the Legislature[7], independent audits funded from the bond proceeds, and a greatly improved web-based system for tracking expenditures and outcomes based on uniform reporting standards. It also called for the establishment by state officials of some fundamental bond criteria that could then be used to create a “report card” that grades each bond proposal.

After the last report, some efforts were taken to improve accountability, but the commission was not satisfied with the level of changes. The Schwarzenegger administration[8] had proposed a detailed accountability plan, but it has not led to a consistent approach. There is no report card, as proposed. Furthermore, the new report takes aim at the state’s website, although it is encouraged by new legislation that would advance that goal. It points to overall progress, but of an inconsistent nature.

The commission offered two recommendations this year[9]. The first should get heads nodding, although it is lacking in detail: “The governor and the Legislature should adopt a consistent system to improve transparency and oversight of all statewide bonds, particularly the 2008 high-speed rail and the 2016 school facility construction bonds, which currently lack such requirements, as well as all future statewide bond measures.”

The second is more specific and calls for adequate financial support for Senate Bill 1029[10], a new law which requires the Treasurer’s Office to track and report on all local and state debt spending until the debts are paid off or redeemed.

Although the report doesn’t discuss this, the high-speed rail example offers a reminder of how difficult it will be for the public to get a handle on how its bond proceeds are being spent. Voters approved Proposition 1A[11] in 2008 by a nearly 57 percent to 43 percent margin. The initiative authorized the California High-Speed Rail Authority to issue $9.95 billion in general-obligation bonds to fund the start of a bullet-train project linking Los Angeles with the Bay Area. The project now is estimated to cost $68 billion. 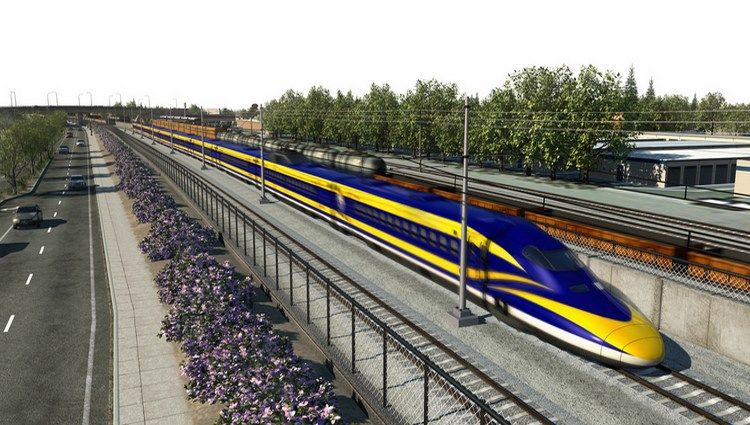 The rail line’s backers[12] included a number of specific promises to voters to help secure their support for such a large bond measure. For instance, supporters touted a 2-hour and 40-minute travel time from L.A. to San Francisco, but the latest plan – using shared lines with commuter trains in both major metropolitan areas – puts the time well over 3 hours. Other promises regarding cost, completion times and subsidies seem unlikely to come to fruition.

“Substantial legal questions loom in the trial court as to whether the high-speed rail project the … authority seeks to build is the project approved by voters in 2008,” explained a state appellate court in 2014[13], yet the court gave the project the go ahead. Other legal challenges remain, but even one of the rail system’s original proponents[14] has come out against the current iteration of the plan by arguing that it doesn’t resemble the project approved by voters.

In other words, the problem with this major bond issuance[15] isn’t necessarily oversight given that the details of the authority’s spending are fairly well known by now. The problem, critics say, is the courts allow the spending to continue even after it’s known that the tightly written promises within the bond measure aren’t always being followed.

Regarding local bonds, the commission in 2009 recommended the creation of local oversight committees. It modeled its suggestion on the largely unheeded testimony from the California League of Bond Oversight Committees[16]. “Unfortunately, but understandably, many locally-elected government officials who must make multimillion- and multibillion-dollar decisions on bond issuances lack experience in municipal finance,” according to the report. This situation, it wrote, is like “playing with financial matches.”

The commission’s new report points to a 2012 scandal at the Sweetwater Union High School District[17] in San Diego County. The new leadership has since created an oversight committee that the commission sees as a statewide model.

“Bond oversight committees in many communities act simply as cheerleaders for the district, often because members simply do not understand their roles or know what actions they can take,” the report explains[18]. The key to their success, it added, “is adequately training members so that they understand their role and the tools they have at their disposal to ensure they are effective.” The key is independent oversight and “performance audits tailored to results.”

The report also calls for a variety of measures ranging from better online tracking of spending to the ability to impose sanctions on districts that fail to live up to constitutional and statutory spending restrictions, as detailed in Proposition 39[19]. That’s the 2000 statewide ballot measure that reduced the supermajority vote requirement to 55 percent for the passage of local school bonds. It included a variety of spending safeguards in exchange for making it easier for districts to pass these spending measures.

It’s unclear whether the state will embrace the commission’s suggestions and how successful any of the specific recommendations might be. But there’s little question that state officials need to pay more attention not only to how much money the state has to repair and improve its infrastructure[20] – but how those dollars are being spent.