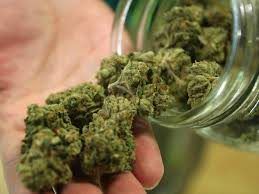 The Trump administration has made clear that it will not look the other way when it comes to de facto state legalization of marijuana, as the Obama administration did. Instead, White House press secretary Sean Spicer last week said the states that have approved the use of recreational pot – California is one of eight – would face a reckoning because marijuana use remains a federal crime under the Controlled Substances Act.

State Democrats immediately denounced the possibility of a federal crackdown and took a defiant tone, starting with Lt. Gov. Gavin Newsom, a key sponsor of Proposition 64[1], the ballot measure approved with 56 percent support in November that sets up the framework for legal pot sales and use beginning Jan. 1, 2018. Newsom released a letter that called Spicer “grossly uninformed” for saying legal pot could make the opioid epidemic worse and warned that a federal intervention would help “drug cartels and criminals” by keeping the sale of marijuana a black-market, illegal practice.

Xavier Becerra, recently installed as state attorney general, also vowed in a statement that he would “protect the interests of California” from federal intrusion.

A Los Angeles Times report[2] quoted attorneys as saying California could argue that it has a legal right to control drug rules within its borders.

But legal websites and U.S. history suggest that a federal government that is determined to enforce federal laws would be a very difficult obstacle for a state to overcome.

“The Supremacy Clause is a clause within Article VI[3] of the U.S. Constitution which dictates that federal law is the ‘supreme law of the land,’” the FindLaw website[4] notes. “This means that judges in every state must follow the Constitution, laws and treatises of the federal government in matters which are directly or indirectly within the government’s control. Under the doctrine of preemption, which is based on the Supremacy Clause, federal law preempts state law, even when the laws conflict.”

A federal crackdown could come in several forms:

These five ways the Trump administration could crack down on a state attempting to legalize recreational drug use are only the short list. In an era in which sweeping executive orders have become the norm, Attorney General Jeff Sessions – an ardent foe of legal pot – could ask President Trump to withhold federal funds for law enforcement or health programs from defiant states.

While Spicer was emphatic about a new federal approach to state marijuana laws, he offered no timetables for action. Sessions has so far focused on other issues in his first weeks at the Justice Department.