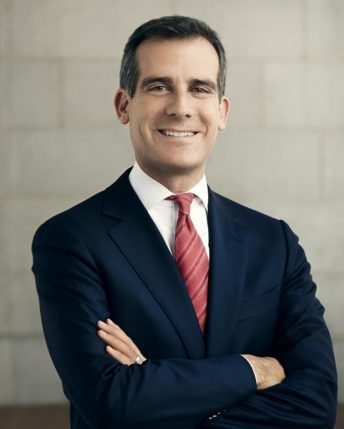 Lt. Gov. Gavin Newsom, with his high profile and access to the deep-pockets of Bay Area and Silicon Valley donors, is considered the front-runner[2] in the race by the state media. But narratives suggesting why other likely candidates might win are easy to grasp.

State Treasurer John Chiang’s campaign is likely to be treated as a coming-out party[3] for Asian-Americans in California politics. Some coverage has suggested he could harvest contributions from across the nation from wealthy Chinese-American residents, much as Armenian-Americans backed former Gov. George Deukmejian and Greek-Americans backed former Treasurer Phil Angelides during their careers. Chiang has won easily in his three previous bids for statewide office.

Former Los Angeles Mayor Antonio Villaraigosa’s candidacy can build off the idea that it’s time for a Mexican-American governor and that it’s time for a Southern Californian to hold the state’s top political job. Villaraigosa has also sounded willing to run as a Sacramento outsider critical of how minorities fare in public education. Last year, he expressed alarm[4] over how funds meant to help English-language learners and foster students under 2013’s Local Control Funding Formula were being diverted to teacher raises and general uses.

This could earn him the enmity of the powerful California Teachers Association and the California Federation of Teachers. But it could also earn him support from rich Democrats in Los Angeles and Silicon Valley who are deeply frustrated with what they see as teachers-come-first policies in public schools.

But Garcetti is partly of Latino descent and can also play the Los Angeles card. He is also close with such Los Angeles education reformers as Eli Broad.

Did Newsom learn from errors in first governor’s bid?

Other candidates could get in because of the perception that Newsom might not be a strong front-runner or even a particularly skilled candidate for statewide office.

In 2009, Newsom was vying with then-Attorney General Jerry Brown for the 2010 Democratic gubernatorial nomination. In October of that year, veteran Sacramento journalist Daniel Weintraub penned an analysis[5] for the New York Times that depicted Newsom as an attractive candidate who faced an “uphill battle” against Brown but who had advantages of his own, starting with Brown’s “history of being on all sides of important issues.”

Yet by month’s end, Newsom was out of the race, saying running for governor would take him away from his young family too much.

Afterwards, political analysts generally dismissed[6] Newsom’s explanation as being what spurred his withdrawal from the governor’s race. Instead, they cited poor fundraising, staff squabbling and Newsom’s months of indecision in settling on what would be the central theme of his campaign: presenting himself as an outsider and Brown as the ultimate insider, or touting his record as mayor and national reputation as a leader of the push for same-sex marriage.

“With enough money and political support behind him, he might have made a run at Brown, not from the left or the right but from the future,” a CalBuzz port-mortem[7] on Newsom’s campaign noted.

“But there’s the paradox: Newsom thought that propounding a new ideas message meant he could avoid the old politics necessity to focus on fundraising and building alliances. As a political matter, it was a fatal flaw.”

Newsom easily won election as lieutenant governor in 2010 and re-election in 2014 against unformidable opponents. The 2018 governor’s race could show what – or whether – he learned from his first run for the state’s highest office.