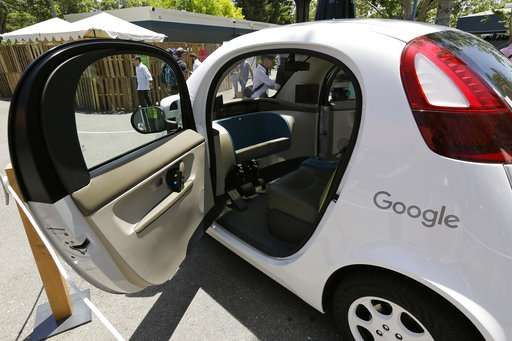 Responding to industry criticism and public uncertainty, California has rejiggered its rules to accommodate fully driverless vehicles. “California’s new proposals follow a Michigan law passed in December, which allowed testing with no human driver. It also created a framework for selling autonomous cars,” according[1] to Bloomberg. “The proposed regulations have a 45-day public comment period that ends April 24. That will be followed by a public hearing.”

In it’s announcement, the DMV emphasized that changing technological standards had shifted expectations. “The draft regulations would expand the state’s existing autonomous vehicle testing program to keep pace with the rapid development of the technology,” Bloomberg BNA reported[2], citing the Department of Motor Vehicles. “The newly proposed rules would not require a human in the car, a change from the current rules.” The news was a boon for competitors in the crowded driverless space, which includes key legacy manufacturers as well as new tech entrants. “Tesla Motors Inc., Ford Motor Co., Nissan Motor Co., Honda Motor Co., Alphabet Inc.’s Google, Volkswagen AG and Baidu Inc., are among the 23 manufacturers on the list of approved participants for the California testing program,” Bloomberg BNA noted.

The Uber grant signaled a real sea change in life on California roads. Although autonomous cars could fan out across roads as soon as this year, the bulk of consumer experiences was expected to shift away from owned cars to pay-per-use. “Among other things, the revisions would permit ride-hailing services to pick up passengers in cars without human drivers on board,” Car and Driver observed[4]. “For now, these rides would remain solely in the realm of testing, and companies providing them would be prohibited from charging fees for those services. Nonetheless, the prospect of ride-hailing services like Uber or Lyft picking up riders in autonomous vehicles within a matter of months is the latest sign of just how quickly the autonomous age may be approaching.”

Both tech and safety advocates have found reason to cheer the promised transformation. “Some 3,000 people die on its roads every year, and self-driving cars could eliminate the human error that causes 90 percent of crashes,” according[5] to Wired. “They could make more people more mobile, reduce emissions (maybe), and boost the economy.”

Driverless car companies were not released from key regulatory obligations at the sometimes blurry nexus of state and federal rules. “If companies test vehicles without conventional controls, they have to show the California DMV that they have approval from the National Highway Traffic Safety Administration,” Bloomberg reported[6], citing California DMV Chief Counsel Brian Soublet. “NHTSA said in early 2016 that self-driving software systems, not just humans, can be considered drivers.”

But federal regulators, in turn, will be looking to California’s unfolding experience for cues going forward. “The DMV’s rules are going to shift a big part of the conversation to the federal level,” University of South Carolina driverless expert Bryant Walker Smith told[7] Wired. “Federal regulators seem eager to advance autonomy (chiefly for the safety benefits), so what happens on California’s roads may well be replicated across the U.S., and even internationally,” the magazine added.

That has meant a special burden for Sacramento, where the ins and outs of insurance and other questions must be hammered out a step at a time. “California state lawmakers are starting the long process of deciding who should be held responsible when these new vehicles crash on state roadways or are potentially hacked by criminals,” as Capital Public Radio reported[8]. “The California State Senate Committee on Insurance heard testimony on those questions and others at the state Capitol [March 8]. The informational hearing raised more questions than it answered.”