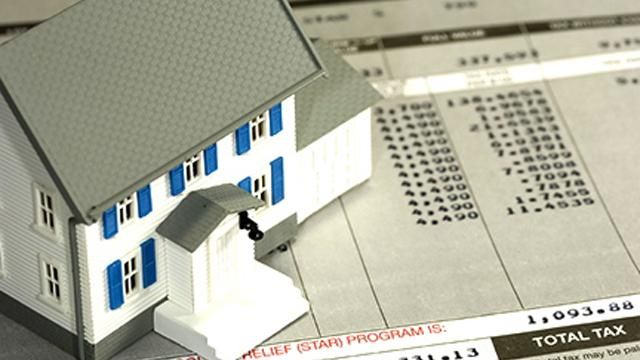 SACRAMENTO – This year’s California legislative session has been thus far dominated by two persistent themes: The desire to stand up to the Trump administration[1] and the pursuit of new tax dollars to fund infrastructure and other spending programs. Democrats have supermajorities in both houses of the Legislature, so Republicans have been able to do little more than complain.

A recent proposal[2] by a new state senator from San Francisco captures both of these concepts in one measure. In late February, Sen. Scott Wiener, D-San Francisco, introduced Senate Bill 726, a direct response to a proposal by President Donald Trump. (Ironically, Wiener has been viewed as a “pro-business” Democrat, at least by Bay Area standards.)

The president wants to eliminate the federal estate tax[3], which imposes a 40 percent income tax on estates valued at $5.5 million or more. A couple of Republican-backed bills to repeal the tax are currently making their way through Congress. Wiener’s measure would institute a California estate tax that’s identical to the federal estate tax. Under Wiener’s bill, the state tax would only go into effect if Congress does away with the federal version.

Such estate taxes, often referred to as “death” taxes, don’t apply to a huge number of estates given the exemption, but they have earned the wrath of the president and many Republicans. Trump called the tax “just plain wrong.” President Barack Obama had proposed eliminating an estate-tax “loophole.” And Hillary Clinton had proposed raising the estate tax to an unprecedented 65 percent, according to a Forbes analysis[4].

Republicans dislike such taxes on grounds of “fairness” since many of these estates often are taxed twice and even three times. Such taxes can have a negative effect on small businesses, especially farms, which often struggle to stay afloat after the passing of the owner. Democrats see the tax as a way to find government revenue. They also make social-justice arguments[5] for taxing larger shares of inherited wealth, which they view as exacerbating inequality.

“If Donald Trump and congressional Republicans are hell-bent on cutting taxes for our wealthiest residents, we should counter-balance those tax cuts by recapturing the lost funds and investing them here at home in our schools, our health care system, and our roads and public-transportation systems,” Sen. Wiener said[6] in a statement.

Even if his bill passes both houses of the Legislature and is signed into law by Gov. Jerry Brown, it still faces a large hurdle: It would need to be approved by voters on a statewide ballot. That’s because voters in 1982 approved two slightly different statewide ballot initiatives (Propositions 5 and 6[7]) that repealed the state’s then-existing inheritance and gift taxes and prohibited state or local governments from imposing them in the future.

If Congress repeals[8] the estate tax and Californians impose a new estate tax at the ballot box, then the “death” taxes currently flowing to Washington, D.C., would head to Sacramento instead – to the tune of around $4.5 billion annually. Californians pay 26 percent of the nation’s total estate and inheritance taxes, according to Wiener’s statements. “Considering that California is generally a donor state to the federal government, that would mean significantly more money would remain in California for critical investments,” his office explained.

“A foolish, unnecessary tax,” said Jon Coupal, president of the Howard Jarvis Taxpayers Association[9]. “At least they have to go to the voters to do this and I suspect citizens will be skeptical.”

Wiener’s approach, Republicans say, would leave California, which already has among the highest income-tax rates[10] in the nation, at an even greater competitive disadvantage. California already has high tax rates that drive many businesses to other states. If the estate tax is gone nationwide, some believe it could spark an exodus of wealthy citizens to neighboring states given few state legislatures are likely to follow California’s approach.

Wiener defends his idea as a means to protect California’s progressive tax system, by which wealthier people are taxed at a much higher rate than middle-income and low-income people. “The #Resistance to Donald Trump takes many forms,” he wrote[11] in a recent column. “Salvaging a highly progressive form of taxation, keeping the proceeds here in California, and using the funds to repair the damage caused by Trump and company certainly qualify.”

But it’s not only conservatives pointing to the perverse outcomes of our tax system. Gov. Jerry Brown[12] has repeatedly noted the system’s design leads to budget volatility given such progressivity[13] leaves California’s government dependent on a relatively small number of successful firms.

“In years when the state receives an unexpectedly large amount of tax revenue, state legislators tend to increase spending on programs and employee compensation significantly, believing the high revenues reflect a new normal,” wrote Autumn Carter[14], of US Common Sense. Then after revenues fall, legislators make “sudden” cuts to programs to balance the budget, she added.

Re-imposing a California estate tax would only make the state budget much more volatile. And it won’t reduce California’s income-inequality chasm. Research by the Tax Foundation[15] finds states with steeply progressive tax rates do not typically have lower income inequality than states with more regressive tax systems.

A House Republican tax-reform task force[17] last year called for eliminating the estate tax and a type of gift tax that penalizes people for giving money to their grandkids: “The elimination of the estate and generation-skipping transfer taxes will allow family-owned businesses to transition smoothly from generation to generation, without the burden of the estate tax that today can leave grieving families with no choice but to liquidate the family business to satisfy the estate tax obligation owed to the government upon the death of their loved one.”

Republicans say eliminating such taxes will also reduce an owner’s lifetime accounting costs[18]. Some supporters of the estate tax downplay its punitive nature by noting most companies are able to minimize the tax bite through myriad accounting and tax-avoidance measures. They argue the administration ought to leave the estate and gift taxes as they are – rather than complicate an already complex system. But the tax still hits a lot of businesses, or else there wouldn’t be so much concern over tapping the revenue source.

California Democrats are sure they are channeling the public’s anti-Trump[19] sentiments with many of their recent proposals. But are California voters willing to raise their own taxes – or at least the taxes of their deceased neighbors – to make a point to the new administration? We soon may see whether this is a serious measure or just the latest example of anti-Trump venting.