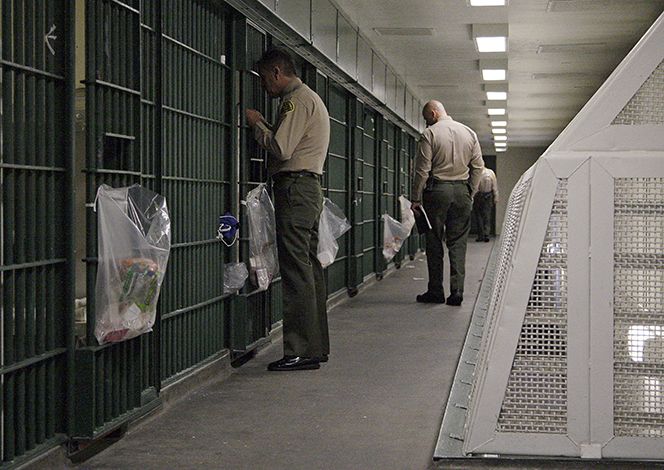 “State senators in California on Monday introduced an eight-bill justice reform package focused on juveniles that would create a minimum age incarceration standard, a ban on sentencing minors to life without parole and Miranda rights protections,” according[2] to Courthouse News. “Senate Bill 190 would extend financial relief to families with children in the justice system by nixing court administrative fees, and Senate Bill 395 would require minors to consult with an attorney before waiving their rights during interrogations.” Senate Bill 439, another piece of legislation, would tweak jurisdictional rules to ensure minors under the age of 12 do not wind up in juvenile court.

At a recent hearing around the bills, lines of support and opposition took familiar shape. “Witnesses urged lawmakers to support legislation they said would ensure the fair treatment of children under the law,” the Los Angeles Times recalled[3]. “But law enforcement groups and prosecutors said it could keep authorities from holding offenders accountable and hinder officers from carrying out investigations.”

At a recent appearance at a Sacramento elementary school, the bills’ two sponsors worked to portray their changes in rational and moral terms. “Mitchell, who chairs the Senate Budget Committee, acknowledged some minors are involved in serious crime,” Capital Public Radio reported[4]. “But she spoke out against incarcerating children under 12 years old as if they were ‘pint-sized’ adults.”

Activists pushing to further liberalize California’s incarceration laws have seen statewide success focusing on the fraught relationship between crime and child punishment. “In recent years, state legislation and propositions have attempted to create greater court protections for young offenders and to lower the population of incarcerated youth, as research on brain development has found that children learn differently from adults and should be afforded a criminal justice approach centered on rehabilitation,” the Times noted[5] separately. “The latest victory for criminal justice advocates was Proposition 57, which will now require a judge’s approval before most juvenile defendants can be tried in an adult court.”

But adult justice also received some attention, with proposed amendments “weakening drug enhancement sentencing procedures, nixing public defender reimbursement fees for individuals found innocent by the court and sealing arrest records of those not convicted of a crime,” according to Courthouse News. “The lawmakers hope the reforms will reduce county costs related to minor drug sentences and remove employment barriers for people accused but not convicted of a felony or misdemeanor.”

Other recent criminal justice reforms have advanced quickly in Sacramento. One, targeting abuses in prison snitch rewards, passed its first legislative test with flying colors. “Assembly Bill 359 on Tuesday sailed unanimously through the state Assembly Public Safety Committee,” as the Orange County Register noted[6]. “Under the bill, snitches like Mexican Mafia members Raymond “Puppet” Cuevas and Jose “Bouncer” Paredes would no longer be able to live like kings behind bars, raking in as much as $3,000 a case as well as cartons of Marlboro cigarettes, fast food, Xbox machines and other perks.”

“The bill caps all monetary and nonmonetary payments to informants at $100 per case, including any investigatory work. Currently, the cap is $50 per case for testimony and no limit in compensation for investigation,” the paper observed. “Additionally, the bill requires prosecutors to keep databases that track informant work and locations, and to turn detailed informant histories over to defense attorneys no later than 30 days before the preliminary hearing.”