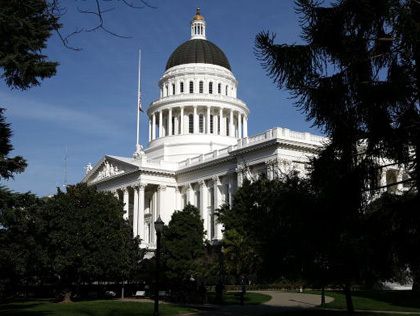 The saga of Gov. Jerry Brown’s budgetary labors has taken an unexpected twist, potentially triggering an all-but-forgotten provision designed to funnel money back to taxpayers.

In 1979, taxpayer advocate Paul Gann spearheaded a ballot measure designed to place a curb on Sacramento spending by requiring rebates at a certain level of state spending. “Subsequent voter-approved changes to the limit have made it a fiscal afterthought for the past quarter-century,” as the Sacramento Bee noted[1]. “Yet a recent report by the nonpartisan Legislative Analyst’s Office contained breaking news in the complex world of government budgets: Brown’s January proposed budget wrongly excludes $22 billion from total spending subject to the limit, and after accounting for the money, state government is as close as it’s been in decades to exceeding the threshold.

“The report creates the prospect of upended spending priorities or even the first taxpayer rebates in 30 years. And if lawmakers stick with the governor’s methodology, the state would be ‘highly vulnerable’ to a lawsuit, in the analyst’s view.”

Confusion and uncertainty over the prospect of hitting the magic number has pervaded the challenge of measuring the actual budget itself. Disagreement has not gone away over just how big the number is. “Brown pegs the ‘General Fund’ budget at $122.5 billion and $179.5 billion if special funds — such as those spent on highways — and bonds are included,” wrote[2] Dan Walters in the Sacramento Bee. “But that’s less than half of the true budget, which includes federal funds — especially those for health and welfare services — and such things as the fees on college students and pension checks to retired public employees.”

“All in, spending totals $421.6 billion, although that figure doesn’t appear anywhere in the budget. One must add up 12 different budget categories to get the total, which is about $11,000 per Californian and equivalent to about 20 percent of the state’s economy.”

The curveball took on exaggerated significance as Brown and allied Democrats have reacted to the Trump administration’s national budget plan, which carries broad implications for California, with dismay. “Congress writes the budget, not the president, but the document known as the ‘skinny budget’ is what presidents use to signal their priorities,” the San Jose Mercury News observed[3], referencing the plan. “And those priorities, translated into dollars and cents, would deal a blow across the Golden State, which receives $105 billion in federal funding each year — from biomedical research to projects aimed at cleaning up the state’s air and water.”

Higher military spending could provide a substantial boost to the Golden State defense industry, but would accompany cuts to the kinds of programs state Democrats often cherish most. “The proposed increase in military spending would come at the expense of federal funding for a wide range of projects, including cancer research at UC San Francisco, BART and Caltrain improvements, and the restoration of the East Bay’s Dotson Marsh to a wetland habitat,” the paper added.

At the same time, evolving Republican plans to overhaul the Affordable Care Act ratcheted up the budgetary stakes for Brown even further. “In their first detailed analysis of the bill’s impacts on Medi-Cal, state officials said lawmakers would eventually have to decide whether to spend additional money on the program that provides health coverage for the poor,” according[4] to CBS Sacramento.

“They may have to cut costs by covering fewer people, reducing their benefits or paying less to doctors and hospitals. The state general fund would bear the majority of costs – $4.3 billion in 2020 and nearly $19 billion in 2027, according to the administration’s analysis,” the network noted. “The rest would be the responsibility of counties, health care districts, managed care plans, hospitals and nursing homes, officials said.”