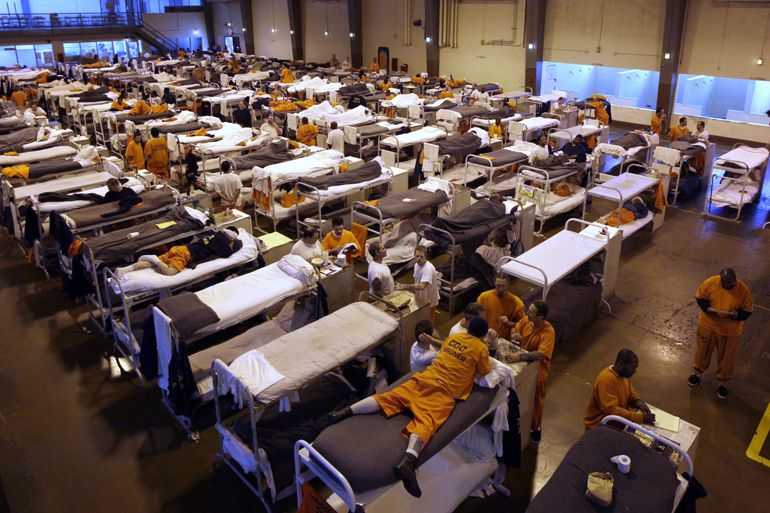 Nearly 10,000 inmates could leave California prisons within four years, another consequence of the state’s long struggle with the judicial system over the way it incarcerates convicts.

“As the state prison population comes close to exceeding a court-mandated limit, the California Department of Corrections and Rehabilitation is pursuing new regulations that aim to get more inmates paroled more quickly over time,” the Sacramento Bee reported[1]. “The proposed rules, originating from voter approval of Proposition 57 in November and unveiled [March 24], would allow ‘nonviolent’ felons to first seek parole at the conclusion of the base term for their primary offense, before serving additional time for other charges and enhancements that can add years to their sentence.”

Through Prop. 57, new regulations were slated to come into effect instituting a credit system for inmates hoping to reduce their sentences. “The main regulation is the credit earning system, according to the California Department of Corrections and Rehabilitation,” KXTV noted. “For milestone completion credits, an inmate can earn them when they complete a specific education or career training program that’s also attached to attendance and performance requirements. Prop. 57 increases the amount of time an inmate can earn for these types of credits from six to 12 weeks per year.”

“Rehabilitative Achievement Credits are where inmates can participate in approved self-help groups or other activities promoting the rehabilitating or positive behavioral changes in an inmate. Inmates are able to earn up to four weeks of these credits annually. The last are Educational Merit Credits where inmates who successfully complete and achieve a GED, high school diploma, college degree or alcohol and drug counseling certifications.”

Although the state’s prison population is closing in on the court-mandated limit of around 116,000, the new regulations must still be approved by California regulators. “If that happens, parole eligibility would change April 12,” KSBY noted[2]. “There would be a public comment period. The early release would be phased in starting May 1, while the public review is underway. Final approval is possible by October.” In another shift, the Associated Press reported[3], the rules “would let the state phase out a long-running program that currently keeps nearly 4,300 inmates in private prisons in other states.”

That regime came under criticism last year as the federal government withdrew similar efforts. “California has transferred prisoners to private institutions, some of them in other states, for more than five years to relieve overcrowding in state prisons, but state, and local, use of them is beginning to be questioned,” the Chronicle reported[4] last year. “One Bay Area lawmaker has called for the state to stop sending inmates to prisons far from their families or California inspectors, and another legislator is moving to stop cities and counties in California from contracting with private prisons to hold federal immigration detainees.”

Continued pressure to limit action on some rules could come from law enforcement. “Police and prosecutors opposed the move for easier parole, arguing it would put dangerous offenders back on the streets too soon,” Voice of America recalled[5]. “The new rules also change the process that prosecutors and victims use to object to early parole, doing away with lengthy formal parole hearings in favor of written statements. Prosecutors say victims have the right to be heard before any decision for parole is made.”

The new rule on parole “remains the top concern for the California District Attorneys Association,” San Mateo County District Attorney Steve Wagstaffe, the group’s president, indicated to the Associated Press. “Under the changes, prosecutors and victims would have 30 days to object in writing to the earlier paroles. It’s a much different process than the hours-long hearings used to consider parole for life-term inmates such as followers of cult leader Charles Manson, for instance, and the governor will have no role in the largely administrative decisions.”