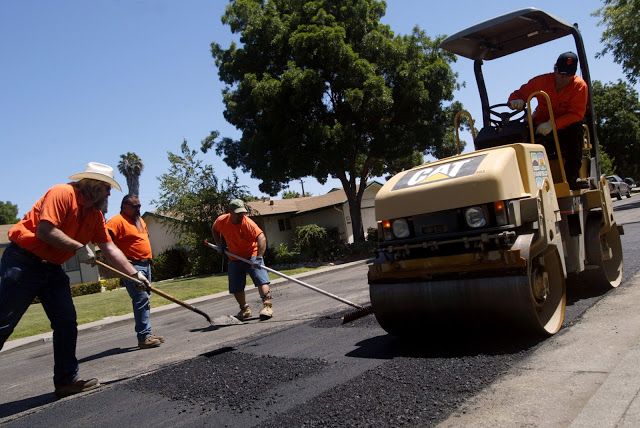 Gov. Jerry Brown and Democratic legislators are pitching a transportation-tax proposal they depict as the only means to fix California’s crumbling roads, freeways and bridges. One would be hard pressed to find any policy maker in California who doesn’t bemoan the state of the state’s infrastructure, but the question always revolves around how to pay for it, and Republicans complain there are other ways to fix the current mess.

The Democratic plan[1], which received its first committee approval on a party-line vote Monday, would raise $52.4 billion over 10 years through a variety of tax proposals. It would hike gasoline taxes by 12 cents a gallon and diesel taxes by 20 cents a gallon, plus it would increase the vehicle-license fee from $25 to $175 a year, depending on the value of the vehicle. The average fee boost would be $48 a year. Furthermore, the plan would impose a $100 a year fee on electric vehicles because their drivers don’t pay gas taxes.

“This is mostly about fixing what we already have,” the governor said at a Capitol press conference last week. “If for some reason people try to fight this, and God help us if they were successful, they won’t defeat this, they’ll just delay it and make the expenses go up.” But Republicans focused on the economic impact of the plan on middle-class Californians. They also complain that the state’s cap-and-trade system, designed to battle climate change, will soon drive fuel prices up[2] even further.

“For many households, the total tax hike will easily surpass $300 each year,” said Sens. Pat Bates, R-Laguna Niguel, and Jim Nielsen, R-Tehama, in a statement on Monday. “When combined with the 20 cent diesel excise tax hike and the 4 percent increase on the sales tax on diesel, it is clear that this tax proposal will negatively impact the California economy.”

The crux of the GOP argument: California doesn’t spend its current gas-tax revenue effectively, and it should reform its spending habits before calling on Californians to pay more at the pump – and when they register their cars and trucks. In fact, Republican legislators have proposed a bill that would raise the money without raising taxes. Assembly Bill 496[3], by Assemblyman Vince Fong, R-Bakersfield, would re-prioritize billions of dollars in general-fund spending toward transportation projects without requiring any type of tax increase.

For instance, the bill would divert $3 billion in sales tax revenue that comes from the sale of vehicles toward infrastructure-maintenance projects, and would move funds collected from truck-weight fees toward transportation-bond payments. The measure has the support of the Howard Jarvis Taxpayers Association[4], which recently expressed “frustration” the governor and Legislature have proposed tax increases without first considering other solutions.

The group noted that polls show strong support for returning the $68 billion high-speed rail project to a vote, which would allow some of these funds to be used for bread-and-butter infrastructure projects. “AB496 answers a question that too few in the legislature even bother to ask: how should legislators prioritize a record $120 billion general fund budget? California has seen a $36 billion general fund increase over the last six years, with not one dime of this new revenue spent on transportation projects,” wrote the group’s legislative director, David Wolfe, in a March 27 letter of support to Assemblyman Fong.

The tax-hike proposal doesn’t need to go to the voters for approval, but does need a two-thirds majority vote in both houses of the Legislature because it involves a tax increase. Democrats have supermajorities in both houses, but the governor still needs to woo some moderate Democrats who might be on the fence about such a large increase.

Gov. Brown compared the matter to a leaky roof. There’s no doubt that problems will keep expanding if a homeowner neglects such a problem – and the state’s infrastructure backlog is estimated at $130 billion.

A group of business officials and labor unions applauded the effort: “We are fully committed to supporting the road repair plan and intend to get it and the companion constitutional protection through the Legislature by April 6,” said Michael Quigley, of the California Alliance for Jobs[5], in a statement. “We need new revenue coupled with accountability provisions to begin to make a dent in the multi-billion dollar backlog of needed repairs to state highways and local roads.”

But critics point to a 2014 analysis of the California Department of Transportation to bolster their view that the state misspends so much of its current transportation revenue. The nonpartisan Legislative Analyst’s Office[6] “recommends that the Legislature reduce the budget and staffing levels of the program starting with the 2014-15 budget, improve its staffing projects and data quality, and provide the California Transportation Commission with specific oversight and project approval functions that have limited external oversight.”

The analyst pointed to overstaffing by about 3,500 full-time jobs at Caltrans, which amounts to an unnecessary cost of around $500 million a year. Critics also complain about the above-mentioned rail project and the state’s inordinately high administrative costs on transportation projects. These, they say, are examples of misspending. Why should the state’s taxpayers spend more money when there’s little effort to reform current spending?

Wolfe’s letter points to another Republican complaint: The state’s general-fund budget continues to grow each year and has soared to record levels. Yet new transportation projects are, essentially, held hostage to the budget process. Democratic leaders spend money on other priorities, then complain there’s not enough money to deal with the transportation backlog – unless, of course, they are able to raise gas, diesel and registration fees.

Indeed, the governor last year called a transportation special session[7] to come up with new infrastructure revenues, but he has thus far been unable to secure the additional dollars. The tax-hike plan is more likely than ever given increased Democratic numbers in the Capitol. The debate is the same as usual – new taxes vs. reforming how the state spends its current dollars – but the outcome may be different this time around.