Brown gets new gas tax through 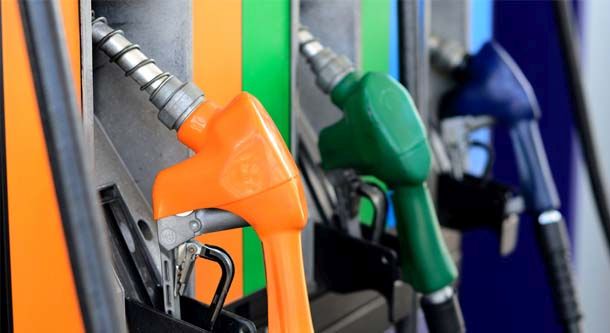 At the end of a tumultuous road, a wheeling and dealing Gov. Jerry Brown secured passage of a high-stakes new gas tax raising over $50 billion in ten years.

“The California Legislature passed Senate Bill 1 on Thursday night, raising gas taxes and vehicle fees in hopes of generating tens of billions of dollars to fix the state’s roads,” the Desert Sun reported[1]. “The tax increases will take effect November 1 and new vehicle registration fees will begin Jan. 1, 2018. Fees on zero-emission vehicles will take effect July 1, 2020, according to the text of the bill.”

“Gov. Jerry Brown, who stumped for the bill in Riverside this week, said its language had been in the works for years. It squeaked through the Senate and Assembly on Thursday night, barely earning the required two-thirds votes in both houses.”

To get there, Brown resorted to an uncommon amount of bargaining in close negotiations. “It wasn’t the sort of vote any politician likes to cast. So the measure’s success on Thursday relied on a collection of eleventh-hour sweeteners offered by Gov. Jerry Brown and Democratic legislative leaders to reach the necessary two-thirds super-majority,” the Sacramento Bee observed[2]. “Now that the dust has settled, it’s clear they doled out nearly $1 billion in district-specific transportation projects, with a popular commuter train system linking the valley and Bay Area headed to new locales. It also appears architects could get legal indemnity in construction lawsuits, and four Riverside County cities could see a budget boost. […] Rumors of other SB 1 vote-getting arrangements lingered in the Capitol this week.”

In risking criticism, Brown signaled a sharp judgment that last week’s deal was the best — perhaps the only — shot at getting a substantial tax-funded infrastructure package passed into law. “Similar proposals have languished for years, but Brown and legislative leaders set a quick-turn April 6 deadline for action, hoping to pressure a compromise before the Legislature’s spring break — ahead of big debates to come in 2017 on the state budget and hundreds of bills,” according[3] to the San Francisco Examiner. “The side deals, which still require legislative approval, showed up in two changes to the budget bill language, with most of it made public at 4 a.m. on the day of the vote.”

One reason for Brown’s sense of urgency was familiar to residents across the state: California has fallen woefully behind on infrastructure repairs and improvements. “Most of the money, about $33.7 billion, will pay for a backlog of infrastructure repair projects that has grown to $130 billion,” as The Hill reported[4] on the deal. “The American Society of Civil Engineers estimates that half the state’s roads are in poor conditions.” And, in a familiar pattern, Sacramento’s choice to proceed with the gas tax fueled speculation that other states in similar straits could quickly follow suit. “As infrastructure maintenance costs pile up, several other states are debating whether to raise gas taxes to deal with local projects,” The Hill added. “Louisiana legislators will debate a proposal to raise gas taxes in a special session beginning next week. The Republican-led Montana state House voted to raise taxes by eight cents per gallon in March, and the state Senate will take up the proposal this month.”

The impending change leaves Republicans on the outs — and residents unhappy with the prospect of even higher taxes on one of life’s staples in California. “If voters don’t like the tax, he says they can start a petition to get a referendum on the ballot, but that would require a lot of money and more than 1 million signatures. But supporters say it’s not worth it, so long as the 10-year, $52 billion measure goes to California’s ruined roads,”,” CBS Sacramento noted[5]. “Either side you’re on, energy analysts say the tax will leave California with the highest fuel tax in the nation.”