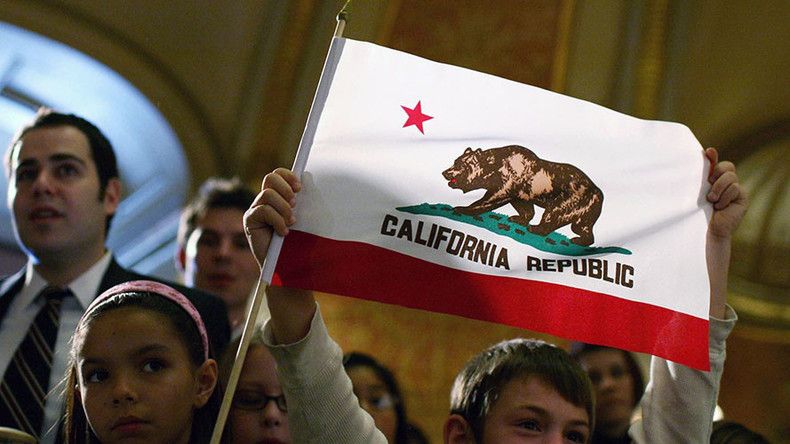 One of the groups pushing for a California secession is abandoning their effort and the man who was leading the charge has moved to Russia.

“While Washington refused to act and the Americans continued to spew their hatred towards immigrants, Sacramento actively worked to protect our immigrants,” he said. “It was this contrast which motivated me to start this campaign for independence.”

The movement was always seen as a long-shot effort, but it highlighted the way in which many Californians have tried to distance themselves from Washington in the age of Trump.

The measure would have needed to get 585,407 valid signatures by July to qualify for the ballot in 2018.

“I have found in Russia a new happiness, a life without the albatross of frustration and resentment towards ones’ homeland, and a future detached from the partisan divisions and animosity that has thus far engulfed my entire adult life,” Marinelli added.

Furthermore, multiple donors pulled out of the effort due to fears of being tied to Putin, complicating a path forward for the movement.

“People got scared,” Ruiz Evans, vice president of Yes California told the Sacramento Bee[2]. “They got spooked by what they saw on the news and pulled out.”

There were also constitutional hurdles, as a secession would have needed an amendment to the Constitution, meaning there would need to be approval by two-thirds of Congress and three-quarters of the state legislatures.

But still, Ruiz says he’s not giving up and plans to file a new “Calexit” proposal by May 1 in association with a new group called the California Freedom Coalition.[3]