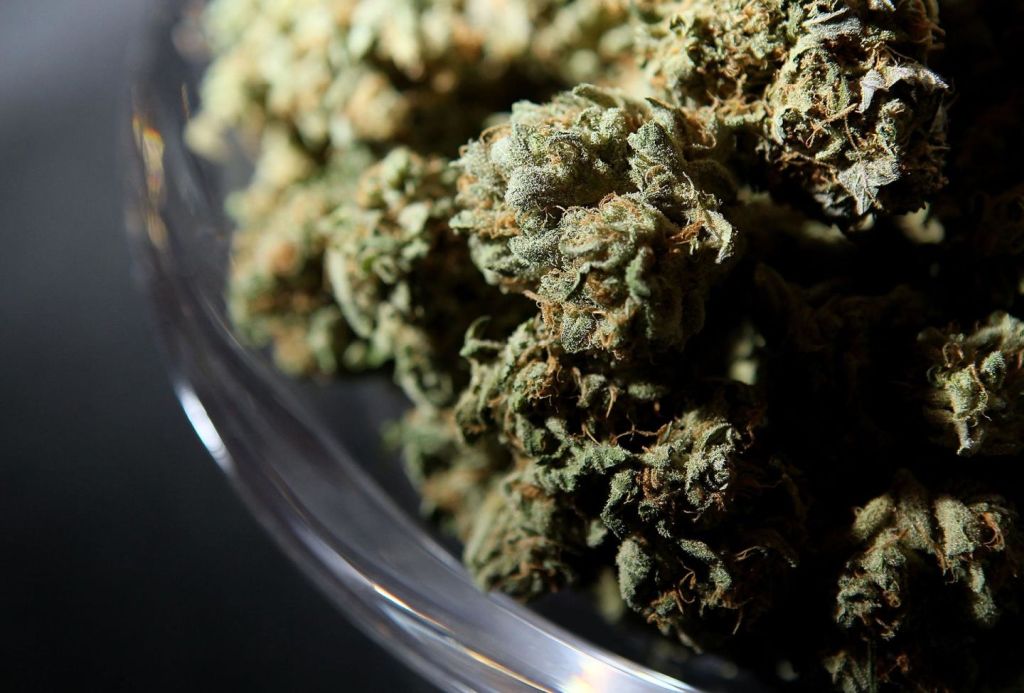 As Gov. Jerry Brown’s administration turns toward tidying up California’s complex and still-unsettled marijuana laws, the massive market for money made from the plant’s products has begun to attract attention from financial services companies that want to take advantage without taking on too much risk.

“Though federally prohibited, marijuana is now legal in some form in 28 states and Washington, D.C. But most banks remain loath to accept pot business accounts out of fear of federal money laundering laws that can consider such deposits as illegal transactions,” the Sacramento Bee reported[1]. “Efforts in 2014 by the United States Treasury Department to ease rules for financial institutions wanting to service state-licensed marijuana businesses largely failed to diminish the uncertainty.”

From meetings to markets

“Now California officials, led by state Treasurer John Chiang, are hosting an ongoing series of ‘Cannabis Banking Working Group’ meetings that look to identify policies under which ‘the cannabis industry may fully avail itself of banking services … that every other business in California enjoys,’ Chiang said,” according to the paper. “California’s marijuana industry, valued at more than $6 billion, is expected to produce as much as $1 billion in state taxes after 2018, when recreational pot dispensaries open to the general public. But a lack of accessible financial services – including the ability to deposit funds or handle credit card transactions – continue to be the norm for marijuana businesses.”

Businesses and bankers have been leery of the gap between state and federal marijuana law. “Federal crimes often conjure images of ‘interstate’ activity, but with regard to marijuana, the Supreme Court has clearly spoken that even purely intrastate marijuana is subject to federal criminal regulation,” as California Lawyer recalled[2]. “In Gonzales v. Raich, the Supreme Court held that because of its ‘aggregate’ effect on the interstate market, even purely intrastate activity is subject to regulation under the commerce clause of the Constitution.” At the same time, the White House and Attorney General’s office have continued to suggest that enforcement of federal marijuana law could be strengthened from where the Obama administration left it.

Adding to the complexity, California law itself has evolved quickly and haphazardly enough to need swift rejiggering from the top down. At the root of the conflict, inconsistencies and potential conflicts have arisen between the state’s 2015 Medical Cannabis Regulation and Safety Act and its 2016 Adult Use of Marijuana Act. To reconcile the two, “California Governor Jerry Brown recently proposed a technical fix in a Budget Trailer Bill,” as Above The Law recently noted[3]. “The fact sheet attached to that bill states that ‘as the state moves forward with the regulation of both medicinal cannabis and adult use, one regulatory structure for cannabis activities across California is needed to maximize public and consumer safety.’ Ultimately, Brown’s bill seeks to avoid confusion among regulating agencies and to harmonize the MCRSA and the AUMA into one master regulatory structure with two separate licensing tracks for medical and adult use cannabis operators.”

The proposed changes would streamline environmental policies, standardize the more liberal of the state’s licensing regimes, formalize background check and disclosure requirements for cannabis-based business owners, and eliminate a provision that would have required continuous California residency for those affected by the rules since the first day of 2015.

At the same time, the cannabis industry has seen its workers brought into the state’s regulatory mainstream. So-called budtenders at the River City Phoenix dispensary in North Sacramento have become among the state’s first state-certified cannabis pharmacy technicians, a certificate program “spearheaded by the United Food and Commercial Workers union, which represents 1.3 million members and began reaching out to dispensary workers about four years ago,” according[4] to the Los Angeles Times. “The apprenticeship program is yet another measure of how cannabis is professionalizing at a breakneck pace. Another sign: the unionization of the cannabis workforce. The UFCW, which represents workers at River City Phoenix, has organized thousands of them in eight states.”