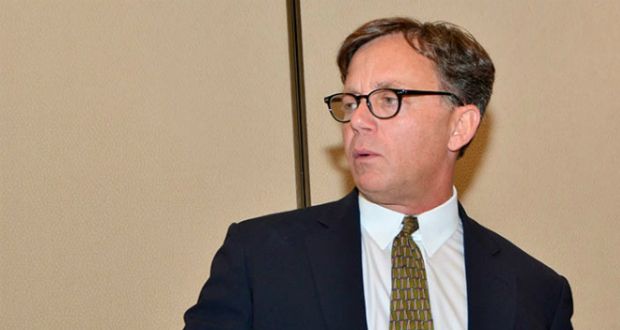 Perceived as the most vulnerable of the legislative Democrats who passed Gov. Jerry Brown’s gas and vehicle tax package by a razor-thin margin, freshman state Sen. Josh Newman, D-Fullerton, faced an intensifying campaign to turn him out of office, potentially depriving his party of the two-thirds majority that allowed them to pass Brown’s infrastructure bill in the first place.

“State election officials formally approved the recall campaign against Sen. Josh Newman of Fullerton on [May 8]. The recall is promoted by radio hosts Karl DeMaio of KOGO in San Diego and John and Ken of KFI in Los Angeles,” noted[1] the Associated Press. “Recall organizers have until Oct. 16 to collect signatures from 63,593 voters.”

Newman was singled out thanks to his narrow victory last year, in a district Republicans held before and believe they can reclaim with voter frustration on their side.” After besting favored Democrat Sukhee Kang last June, Newman squeaked out a surprise 3,185-vote win over Republican Assemblywoman Ling Ling Chang in November,” the Orange County Register reported[2].

“The seat had been held by termed-out Republican Bob Huff and the win gave Democrats the two-thirds majority they needed to pass tax increases without a single GOP vote. They took advantage of that on April 6, passing a $52-billion transportation package to be paid for by increased gas and vehicle registration fees. While there was one Democratic defection in the Senate, Democrats picked up the support of Sen. Anthony Cannella, R-Modesto, in exchange for $500 million in projects for his district.”

Although sinking Newman would be victory enough, DeMaio set his sights on breaking the two-thirds supermajority in Sacramento with room to spare. “After Newman is gone, DeMaio and his allies hope to pick off other Democrats, even those in rock-solid Democratic districts,” wrote[3] Steven Greenhut at the Register. “He’s more than happy to help replace tax-supporting Democrats with those who oppose these transportation-tax increases. In fact, he doesn’t see this as a partisan issue at all, but as a ‘working-class families’ issue. And he doesn’t care who replaces Newman or others, as long as the new legislator opposes these increases.”

“No doubt, if Newman is bounced and the political lions start circling another vulnerable legislator, we might see a change in strategy within the Capitol herd. For now, Democrats and their interest groups are trying to protect Newman, as evidenced by recent comments by Senate President Pro Tempore Kevin de Leon. This is an important seat for them given the implications for their supermajority, which is why even former President Barack Obama endorsed Newman in the November race.”

Lending an additional hand was Gov. Jerry Brown himself, who helped shore up Newman’s shaky fortunes by throwing a special event for the lawmaker. Brown “thinks it is unfair that some activists are trying to recall Newman for his vote favoring an increase in gas taxes to pay for road repairs,” the Los Angeles Times reported[4], citing top aide Nancy McFadden. “The Brown camp also is skeptical that opponents of the gas tax bill will be able to carry out their threat of qualifying an initiative to repeal Senate Bill 1 but are prepared to do battle if it makes the ballot.”

“It is unusual for him to do an individual legislator’s fundraiser because if he did one he would have do to lots, but Josh is under unfair attack and so the governor wants to make sure he knows that he’s got his back – that’s why he is stepping out and doing this for him,” McFadden said.