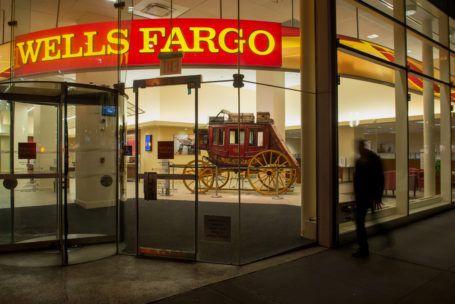 San Francisco-based banking giant Wells Fargo continues to struggle to get past the worst scandal in its history.

The company – which has a market value of $265 billion and nearly 270,000 employees[1] in all 50 states – was fined $185 million[2] by federal regulators in September. The scandal involved employees, seeking to make quotas, creating up to 2.1 million unwanted new accounts for customers from 2011-2015. More than 5,000 employees who had improperly set up the new checking, savings and credit-card accounts were fired.

Wells Fargo CEO John Stumpf resigned soon after the fine was announced, surrendering $41 million in bonuses he was on track to receive.

But the company’s hopes to leave the scandal behind by settling related class-action lawsuits for $142 million have been complicated by new allegations by plaintiffs’ attorneys. They say the scandal’s origin was in 2002, not 2011, and that the actual number of unwanted accounts created by Wells Fargo agents is up to 3.5 million[3], not 2.1 million.

U.S. District Judge Vince Chhabria said last week [4]at a hearing in San Francisco that he was inclined to accept the settlement but also to let some of 10 other plaintiff lawsuits proceed – denying Wells Fargo the tidy resolution it wanted. He also said he would consider scrapping the settlement entirely if new information arises exposing new wrongdoing.

The settlement also could unravel because of its complexity. As it is now structured, Wells Fargo customers who were charged fees for unwanted accounts would be refunded and those whose credit scores suffered because of unwanted credit cards would be compensated based on a formula. But Chhabria appeared receptive last week to the argument that the damage in some cases was far more excessive than others. The example cited was of customers who had unwanted upgrades in checking accounts in which overdrafts were automatically paid by unwanted credit cards – bills that went unpaid because customers didn’t know they had the credit cards. Plaintiffs’ attorneys also argued that the unwanted accounts had in some cases resulted in identity theft.

The judge was far less receptive to Wells Fargo’s lawyers’ argument that the company had gone a long way toward reimbursing affected customers and that it shouldn’t have to pay damages to customers who had no proof they’d been adversely affected.

Chhabria plans to call attorneys in the case back to court in early June. If he decides to accept the settlement, an appeal is near certain, even if he includes provisions providing more relief to affected Wells Fargo customers.

That’s primarily because of the huge distrust some plaintiffs’ attorneys have for Wells Fargo. While the company CEO was forced out and more than 5,000 agents were fired as a result of the scandal, the attorneys argue that the problems with the unwanted accounts were known company-wide and persisted even after the Los Angeles Times first exposed[5] the creation of the accounts in 2013.

Given this corporate history, the attorneys object to the fact that the federal fine and the parameters of the potential settlement of the class-action lawsuit are based on the report of a Wells Fargo consultant – not an independent investigation.

Zane Christensen, representing affected Wells Fargo customers from Utah, told Bloomberg News[6], “There’s been no real discovery; there’s no way to know the real extent of the damages. This settlement is entirely based on numbers that come from Wells Fargo’s own admission. We don’t believe Wells Fargo is airing all of its dirty laundry publicly.”