Is California budget as ‘balanced and progressive’ as Gov. Brown suggests? 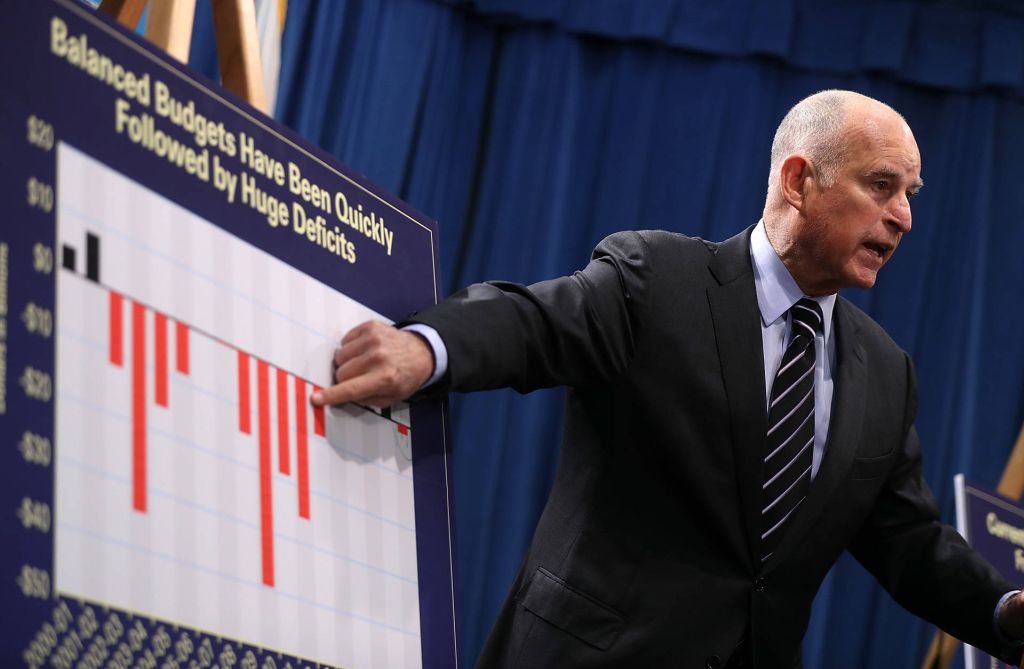 SACRAMENTO – The California Assembly and Senate have until Thursday to approve the budget deal announced by Gov. Jerry Brown last week, but there’s little uncertainty about the outcome. The general-fund budget is a record-setting $125 billion – something Brown describes as “balanced and progressive,” given that it spends more on social programs, but doesn’t bust the bank.

In fact, the budget plan conforms almost exactly to the governor’s longtime fiscal approach. He wants to fund social programs as much as possible, but not create new, permanent spending programs that cannot be curtailed when fiscal times are bad. He talks repeatedly about frugality, yet his budgets continue to ramp up state spending to record levels. He did set aside $8.5 billion for the rainy-day fund to prepare for any downturn.

Even the governor’s approach to the state’s unfunded pension liabilities is prototypical Brown. The governor speaks regularly about the size of the state debt to pay for pensions and retiree medical programs, but he typically addresses the problem with small-scale solutions that trim debt levels without antagonizing state workers and the unions that represent them.

This particular deal[1] would borrow money from a state fund that pays a low interest rate, and pay down some of the state’s pension debt by investing it with the California Public Employees’ Retirement System, which predicts a fairly high rate of return (7 percent). Brown says this plan will save the state $11 billion over the next two decades simply because of the difference in interest rates.

In terms of spending[2], the budget uses $1.2 billion in new revenues from the state’s recently passed tax increase on tobacco to help pay for growing costs to Medi-Cal, the state health program for low-income residents. But about half of those new revenues will be earmarked to health care providers and to family-planning entities like Planned Parenthood. It expands spending on the state’s K-14 educational system.

The budget increases spending on subsidized affordable-housing programs by $400 million. The budget also will allow more people to take advantage of the state-level Earned Income Tax Credit. Under new criteria, low-income people earning up to $22,000 a year will qualify for state EITC payments, up nearly $8,000 from previous standards. The new eligibility standards also apply to people who work for ridesharing companies or are involved in other forms of self-employment, according to various news sources. The budget doesn’t include an extension of the cap-and-trade system, although the system is likely to be extended in separate legislation.

Furthermore, the budget spends $100 million to set up a new agency to deal with the legalization of recreational marijuana sales, including the creation of a tax office[3] along the Redwood Coast in the heart of marijuana-growing country.

The whole budget, which includes all spending (from bonds, etc.) totals $183.2 billion. But the biggest controversies are not around the amount of money the state will spend. The Legislature used the trailer-bill process[4] – normally reserved for technical amendments to budget matters – to pass some controversial, nonbudget-related matters.

For instance, Democrats are fighting a recall measure against state Sen. Josh Newman of Fullerton. Republicans targeted him because of his vote on the recently passed gas-tax increase. One trailer bill in the budget would extend the timelines for the recall, making it more likely that the election would be put on a regularly scheduled ballot timeframe that would be more favorable to the Democratic incumbent. Another trailer bill would reduce the power of elected officials in the state Board of Equalization[5], a tax board. Yet another creates new dam-safety rules, following problems at the Oroville Dam spillway last winter.

Still, what Democrats described as responsible drew some rebuke from Republicans, who note that general-fund spending is nearly $40 billion higher in this budget than it was six years ago. Balanced and progressive or out of control? It depends on which side of the aisle one sits on. But everyone at least agrees that it’s basically in balance.