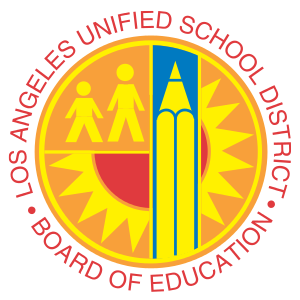 The board of the Los Angeles Unified School District passed a $7.5 billion 2017-18 budget this week on a 5-1 vote with Superintendent Michelle King touting [1]the fact that the spending plan doesn’t include teacher layoffs or significant classroom disruptions.

But despite the upbeat rhetoric, a crisis is looming in the nation’s second-largest school district as enrollment falls from a projected 514,000 in 2017 to 480,000 in 2020. Since the state’s main education funding formula is based on average daily attendance, this could force mass layoffs of teachers or even drastic measures like shortening the school year. A $422 million deficit[2] is anticipated in 2019-20, with red ink after that for as far as the eye can see.

None of this comes as any surprise. A blue-ribbon commission’s report [3]issued in November 2015 said L.A. Unified was facing fiscal disaster because of the enrollment declines, which are primarily due to falling birth rates, and because of the cost of pensions and retiree health care benefits. Employee retirement benefits will claim 8 percent of the school budget in 2017-18 and more than double that sum in coming years as the state’s 2014 bailout[4] of the California State Teachers’ Retirement System ratchets up required payments from districts and as more of the district’s aging workforce retires.

These costs are the primary reason that while the 2017-18 LAUSD budget is nearly 7 percent larger than for the just-concluded school year, the plan still only penciled out after 121 layoffs or “separations,” mostly for holders of clerical positions. About 180 employees will be reassigned, many to part-time duties.

Blue-ribbon panel warned of disaster in 2015

Since the grim 2015 report was issued, three developments have cast L.A. Unified’s finances in an even harsher light.

The most significant is charter school advocates backed by billionaire philanthropist[5] Eli Broad and other wealthy reformers taking over[6] the LAUSD school board in a May election, defeating teachers union-backed candidates who have generally controlled the board in recent times. Broad wants half or more[7] of Los Angeles students in charters, double the current amount. While reformers have a case that this would be better for students, it would sharply reduce state funding under control of district officials and thus make it harder to forge any comprehensive response to the coming budget crisis.

The second development is a legal challenge[8] mounted by civil rights groups that alleges the district has misspent vast amounts of state funds that were supposed to go specifically to help English-language learners, impoverished students and students in foster homes.

Filed in July 2015, the claim initially seemed unlikely to succeed. The previous month, state Superintendent of Public Instruction Tom Torlakson had overruled [9]a subordinate and held that Local Control Funding Formula dollars could be used for teacher raises – suggesting the restrictions on how the funds could be spent weren’t as strong as reformers believed.

But in May 2016, the Department of Education that Torlakson oversees held that L.A. Unified had improperly diverted[10] $450 million in Local Control dollars.

The third development is the election of Donald Trump as president. Under Education Secretary Betsy DeVos, federal funding for education programs in all 50 states seems likely to significantly decrease[11]. Federal dollars covered 9 percent[12] of California’s education spending in 2016-17.