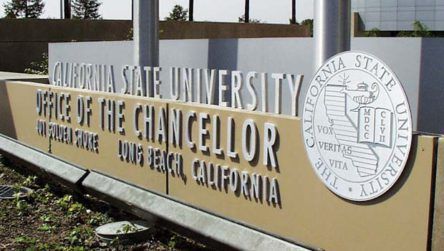 University of California President Janet Napolitano has been under siege since March 2016, when state Auditor Elaine Howle released a report[1] that showed that the UC system wasn’t honoring the principle that California students come first. Howle documented how, over the course of nearly a decade, budget-strapped UC had chosen to increase out-of-state students who pay far higher tuition by more than 400 percent – and that some were admitted ahead of nearly 4,300 California students “whose academic scores met or exceeded all of the median scores of nonresidents whom the university admitted to the campus of their choice.”

At least initially, Napolitano and some regents dismissed[2] the criticism before finally giving in and capping[3] nonresident admissions last week. But the Golden State’s other giant higher education system – California State University – got the message loud and clear: In-state students must be the highest priority. Last week, CSU formally guaranteed that a qualified California high school graduate will be offered admission to at least one of CSU’s 23 campuses.

The policy change was part of negotiations by CSU leaders, the Brown administration and state lawmakers over CSU’s 2017-18 budget. The $5.4 billion allocated[4] is up $344 million over the previous budget, with the state general fund paying for $3.2 billion and student tuition and fees expected to generate $2.2 billion.

The admissions guarantee comes after many years of CSU denying admission to tens of thousands of qualified California high school graduates – most recently, 31,000 in fall 2016. CSU officials previously said they didn’t have the space.

The decision was lauded by one of Napolitano’s and UC’s harshest critics[5] – Assemblyman Phil Ting, D-San Francisco. “The most important thing is this gives California’s students more options,”  the Assembly budget chairman told[6] the Bay Area News Group.

But the 2017-18 president for the California State Student Association – CSU student trustee Maggie White – had a more mixed reaction. While she welcomed the new policy, she told[7] the Southern California News Group that CSU needed more funding. The $344 million budget hike represents a nearly 7 percent increase, but CSU’s executive budget summary[8] suggests much of that amount will be eaten up by higher salary and benefit costs and some new mandatory expenditures.

The CSU policy is modeled on one adopted by UC in which students who graduate in the top 9 percent of their class are supposed to gain admission to a UC campus.

The CSU guarantee will take effect for spring 2018 California high school graduates. The final details will be worked out, but the minimum standard for admission is likely to be similar to CSU’s present requirement that in-state college applicants have at least a 3.0. Students who have stronger SAT and ACT scores can win admission with GPAs less than 3.0.

The policy change will be a relief to many students and parents, but there’s frustration still ahead for high school graduates in parts of the state where CSU campuses are much more selective than the systemwide norm. According to a website which tracks the most recent college admissions statistic at every U.S. degree-granting institution, seven CSU campuses reject[9] more than half of all applicants. The acceptance rate was lowest at Cal Poly San Luis Obispo (31 percent), followed by San Diego State and Long Beach State (both 34 percent), Cal Poly Pomona (39 percent), Cal State Fullerton (42 percent), Cal State Northridge (46 percent) and CSU Monterey (49 percent).