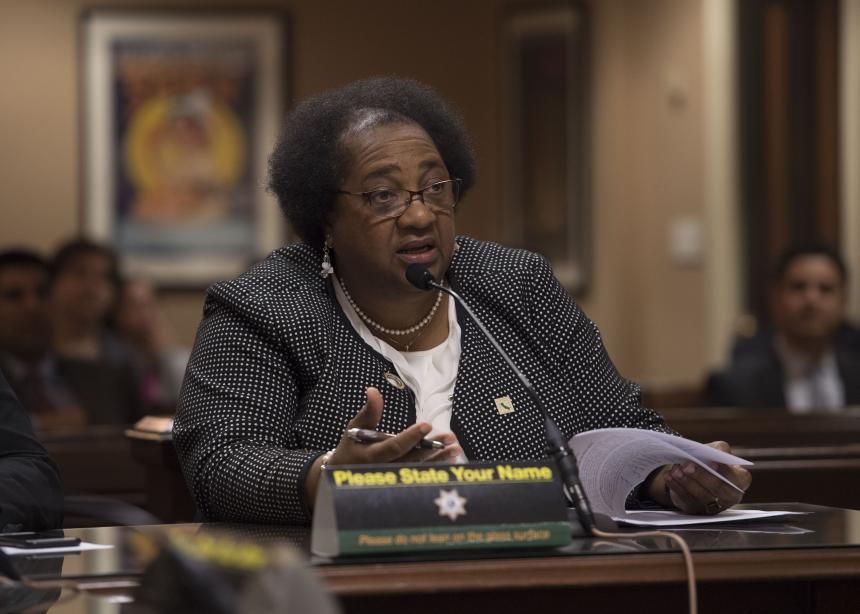 The clout of the California Teachers Association was on full display last week when a bill by Assemblywoman Shirley Weber, D-San Diego, to reform a tenure law that can give lifetime job protections to teachers 18 months into their careers was abruptly withdrawn[1].

Since her election in 2012, Weber, a former school board president and college professor, has prodded her fellow Democratic lawmakers to not accept the California education status quo. Weber wants to make tenure rules more rigorous[2] and like those in other states, to ensure the Local Control Funding Formula actually does what it was promised [3]to do and helps English-language learners, and to seek state standards that make it easy to gauge [4]whether schools are helping struggling minority students.

But Weber’s push for significant reforms have either been killed in the Legislature or by Gov. Jerry Brown’s veto[5] pen.

Her latest reform measure, Assembly Bill 1220[6], would have delayed tenure decisions until a teacher’s third year on the job, but would have allowed marginal teachers additional time to establish their worthiness for tenure in a fourth year, and, in limited circumstances, a fifth year. Weber’s bill included a provision intended to make districts put more of an emphasis on professional development of marginal teachers.

The measure won early approvals[7] and initially appeared relatively uncontroversial, with only five Assembly members opposing[8] it in a preliminary June 1 vote. Weber supporters saw the provisions emphasizing helping struggling teachers as a valuable way to reassure teachers unions that the bill wasn’t an exercise in teacher or union bashing.

But later in June, the Assembly Appropriations Committee shaved off the fourth and fifth year tenure consideration provisions – without consulting Weber. Then, on July 6, Assemblyman Tony Thurmond, D-Richmond, gutted and amended AB1164[9], a bill he had introduced about foster care policies, so it offered an alternative to Weber’s bill. Thurmond’s version would in some cases allow struggling teachers to win tenure consideration after a third year.

The bill was knocked by reformers as unnecessarily complex and inferior to Weber’s. But the clout of its prime supporter – the CTA – led Weber last week to withdraw her bill for now in hopes it would have better chances in 2018.

Thurmond then withdrew his bill, suggesting it was only introduced as a way to block Weber and her proposal. Both are members of the California Legislative Black Caucus.

CTA expected to back lawmaker who thwarted bill

The EdSource website connected[10] the maneuvering to Thurmond’s plan to run[11] for state superintendent of public instruction in 2018 when incumbent Tom Torlakson is termed out. That’s because the CTA has already sent signals it will endorse Thurmond, who has established his pro-teacher union bona fides with such measures as proposing[12] that teachers be given subsidized housing.

The CTA’s strong and early support of Torlakson was key to the low-profile Bay Area state lawmaker winning[13] the superintendent’s job in 2010 after finishing second in the primary, and to his narrow 2014 win over fellow Democrat Marshall Tuck, a Los Angeles charter school advocate with backing from school reform groups.