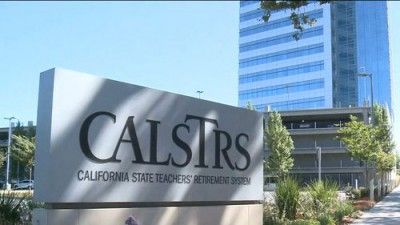 California’s funding of education has gone from $50.4 billion in the fiscal year that ended in 2012 to $74.5 billion for the current fiscal year – a nearly 50 percent increase[1] that’s far above the less than 9 percent increase [2]in the Consumer Price Index over the same span.

Nevertheless, this summer has seen a steady stream of stories from school districts up and down the state warning of tight budgets, coming layoffs and worse. Ron Bennett, CEO of School Services of California, which advises more than 85 percent of the state’s nearly 1,000 districts, told the Bay Area News Group[3] that one-third of districts face deficit spending in the 2018-19 school year and two-thirds do in 2019-20.

The common problem facing all districts is the phased-in cost of the 2014 bailout of the California State Teachers’ Retirement System. Gov. Jerry Brown and state lawmakers agreed to a plan in which school districts would increase their contributions by 132 percent from 2014-15 to 2020-21 – picking up 70 percent of the cost of the bailout, with the state general fund and teachers covering the rest. This is accomplished by gradually raising district’s pension contributions from 8.25 percent of teacher pay to 19.1 percent of pay, which sharply increases compensation costs that already go up annually no matter what because California teachers typically get “step” raises of 3.5 percent to 4 percent in 15 of their first 20 years in the classroom.

The next most common problem is declining enrollment. ADA – average daily attendance – is the fundamental formula determining how much money the state gives each school district. While California’s population continues to inch up, in December, its birth rate fell to a historic low[4]. Urban, suburban and rural districts have all been buffeted as a result.

The most telling example: In the state’s largest district, Los Angeles Unified, United Teachers Los Angeles was given a 10 percent pay raise[5] in 2015.

This has added to budget and management problems that have led one prominent educator, former Long Beach Unified and San Diego Unified Superintendent Carl Cohn, to call for LAUSD to be broken up[6].

District officials tried to put up a happy front[7] after its 2017-18 budget was adopted last month. But a Los Angeles Times review [8]of long-term spending plans suggested district officials were not taking serious steps to deal with a 2019-20 deficit expected to be more than $400 million. It noted that while L.A. Unified’s enrollment, now 514,000, continues to drop, the district has more administrators than ever.

Similar problems are seen throughout the Golden State.

Once adjusted for district size, Rim of the World Unified in the Lake Arrowhead area of San Bernardino County is in among the worst binds of any district in the medium term. The 2017-18 budget is not expected to run a deficit, but huge cuts are certain in 2018-19, when the six-school district has to deal with a projected $2.1 million deficit, and schools may have to close or consolidate in 2019-20, when a $4.5 million shortfall has been forecast.

In the affluent Silicon Valley, districts are also being pinched. The San Jose Unified School District needs to cut 150 jobs before its 41 schools reopen next month. Cupertino Union School District and its 25 schools, which made $2.6 million in cuts this spring, are sure to need another round of layoffs by next spring, when a $5.6 million deficit is expected.

The Napa Valley Unified School District, facing a $12.4 million shortfall in a $167 million 2017-18 budget, laid off 50 teachers who hadn’t gained tenure yet and eliminated 60 classified positions. Trustees are already warning of even worse cuts in coming years.

Such budget bloodbaths are the norm across California.

One of the relatively few bits of good news on the school finance front comes – unexpectedly – from Washington. After Donald Trump won the White House, some Democrats expected Trump and the Republican-controlled Congress to seek huge cuts in federal education aid to states – especially liberal ones like California.

But EdSource reported [9]in May that the Trump administration’s budget plan would reduce annual federal education funding for the state from about $4 billion to $3.64 billion – a cut of less than 10 percent. The proposed cuts would be proportional – meaning Trump didn’t single out states he lost for less generous treatment.